You are at:Home»Reviews»Fear of Missing Out in social media
Reading Time: 3 minutes

The people suffering from FoMO have the need to always be connected with what others are doing, lest they might miss some opportunities to have fulfilling experiences.

Self-determination theory is a part of psychology theory which revolves around studying the “inherent growth tendencies” and “innate psychological needs” of people. One of these basic psychological needs is feeling a bond with the others. In this theory, fear of missing out, or FoMO, can be partially defined as the state of mind due to this need not being met.

To summarize, the people suffering from this social angst have the need to always be connected with what others are doing, as well as the fear they might have satisfying experiences without them.

FoMO also corresponds to the fear of regret, which can lead to a chronic concern about missing any opportunity to have a new experience, socializing, of any fulfilling event; it means having continuous doubts on how you decide to spend your time.

The problem is that not everybody can easily shake it off; after the rise in power of the social media over the last decade, people are spending more and more time on social networks. This is particularly the case for children, who are all the more vulnerable to FoMO.

“Research clearly shows that the amount of time British children and adolescents (spend on social media) has more than doubled in the past ten years,” says Dr. Andrew Przybylski, the research fellow at the Oxford Internet Institute. While in the US, a quarter of teens are online “almost constantly”, according to the Pew Research Centre, with 71% using multiple social networks.

“Those without self-esteem or self-confidence tend to follow the crowd more than rely on their own assessment of a situation, and that can lead them into difficulties. Social media offers a strong visualization of what everyone else is doing/thinking, creating a lot of peer pressure to act in certain ways.”

This over-reliance on Twitter and Facebook is the origin of a vicious circle, which makes some people anxious when disconnected, which leads to even more pathological Internet use. 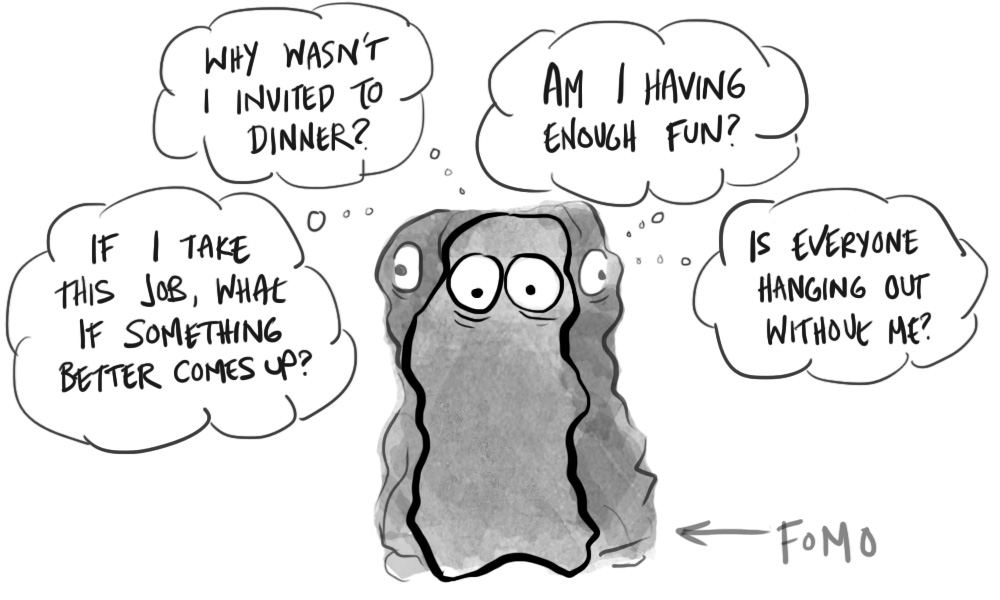 In addition to potentially increasing the risk of anxiety and depression, a University of Glasgow study and research from the University of Pittsburgh showed that being on social media in the late evening can deteriorate your sleep, the most active users being affected three times as much as the less frequent users.

However, there are ways keep a balance, although the young may need more support. “Parents should be ready to discuss the issues and keep an open mind” says Przybylski. The researcher also designed a short quiz to help people measure their FoMO levels, that you can take here.

Subscribe
X
SuperMeat, Real meat, without harming animalsFeaturedSuperMeat a biotechnology startup, is planning to revolutionize the meat industry, by ushering in the biggest change to the way people consume food si…

Fear of Missing Out in social media