You are at:Home»CEE Startups»Integrify Turns Immigrants into Highly Skilled Developers

Daniel Rahman, co-founder and CEO at Integrify studied Master’s in Economics & CEMS MiM at Aalto University and Stockholm School of Economics. In 2015, he started a refugee center for asylum seekers where they lived while waiting for their asylum processes to be completed. Looking at immigrants who had to waste their time due to the red tape process, Daniel decided to take action and founded Integrify. To date, he has a strong belief that every hard-working immigrant, no matter where they come from, deserves a chance to start an exciting career in their new home country. 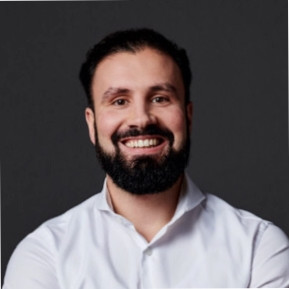 ITKM: Are you currently focusing on the Finnish market or globally?

Daniel Rahman: Currently we’re operating only in Finland. For starters, we wanted to build the concept here and make sure that the model works. Today, we’ve proved that our concept works! We’ve trained over 150 people and 80% of the graduates are working in the industry as software developers and data scientists after completing our learning program.

From which countries are your students coming from?

We’ve taught people from over 50 nationalities, so from all over the world.

How long does the learning program take?

From five to nine months. It’s not really a field that you can master at 12 weeks to become an e.g. machine learning developer. The program implies 8-hours of daily training.

Considering the on-going pandemic, how do you conduct the training?

Normally all of our teachings happen on-site Monday to Friday 09-17. When COVID-19 started to spread in March we quickly switched our two on-going courses to online teaching – luckily we were able to adapt to the situation even before the government decided to close down public schools. In addition to the students obviously the whole Integrify team started working remotely as well. As the situation is on-going we have now also started two new courses completely online, which has been a big step for us. It has actually surprised the whole team of how swiftly we were able to do this and how well it has gone so far.

Great to hear that! Let’s imagine I’m a Vietnamese guy in Finland. Where should I start to join the program?

There’s an abundance of people who are or could be suitable for our program. Unfortunately, we have thousands and thousands of foreigners here who struggle to find employment. So you would then find us probably on social media or through word of mouth and apply for the program like for any other job. We have a database of thousands of applicants and this year we will train around a hundred new developers. So a small percentage actually.

Then if your profile fits what we’re looking for, we will send you more tests (mathematical, logical, etc.). Also, if you are able to code at some level, then you will have to pass a coding test as well followed by face-to-face interviews to understand the motivation of applying/joining the program and personal career plan. So only after conducting all these rounds, we make the final decision. It’s quite competitive, but we share tips on how to enhance your chances of selection during the process.

Why did you create this startup?

In a way, it’s a spinoff of the experience I had at the refugee center. There are so many motivated and driven individuals, ready to work hard, to start a new life, and integrate into society. But those people end up running in circles, wasting years of their lives in bureaucratic limbo. It doesn’t make any sense. As a result, people get depressed and unmotivated.

On the other hand, you have companies that are lacking talent, that already exist in the country, but there’s a mismatch between the talent and the companies. This is the problem that Integrify is aiming to solve.

This is a huge social-impact initiative. Let’s look at it from a business perspective. Who funds it?

In 2016,  we built a small pilot project that was working during that year. Despite that, the company’s model never took off. In 2017, it was a year of stagnation, to be honest. We weren’t doing anything much except for taking part in competitions. There was a big innovation contest held by different foundations. And, we were selected to the final with our Integrify solution, came in third and got the prize, €150,000 from a few foundations. Our first capital injection. Now we offer paid software development and staffing services for our customer companies and fund ourselves.

Why didn’t the initial model take off, what lacked?

Political support. Our initial idea was to build technical refugee centers where we would have taken the most talented, highly educated, and driven individuals that resided in random asylum centers and put them all under the same roof. And instead of wasting their time, they would have been studying, coding, and earning of course.

We did a pilot with five asylum seekers. All of them have graduated and got a tech job in Finland. This was the idea that we wanted to pitch to the government but it was impossible to get approval due to the political climate in Finland in 2016. That’s why we dropped this angle totally but stuck to the vision of helping refugees and immigrants in need.

The question was how do we fund the learning programs so that it’s completely free for the students? Today, after graduation we place our alumni into jobs through staffing and consulting contracts. Basically, we aim to employ the graduates ourselves and then have them work at our customers’ companies as staffed consultants. We have also started our own software consulting business unit where we build products for our customers and provide end-to-end consulting.

These days we also work with the government.

Now it’s a clear case for the government that if immigrants are unemployed, they do not integrate and the public sector suffers. We are currently working on some pilots with different entities in the B2G sector and employment services.

And what are your plans for the next year or two in Finland?

We’re still quite new to the scene here in Finland. This year we are scaling operations. We are looking to train around a hundred people in 2020. Once we are in a good position in Finland, we will be looking at the bigger markets in Europe because it’s not just a local problem. It’s global. Some studies are saying that Europe is missing 500,000 developers. We have millions of immigrants that are struggling to find employment. So if you look at any country, they have similar challenges ahead. And the idea is to develop a global solution.

Is there anything that would make you expand and go to a more traditional type of business consulting? Do you imagine an obstacle big enough to solve that you would change your vision, strategy?

From the perspective that it would be too hard to do what we do – no, and from an ideological perspective as well. No, because people often ask us, why are we doing this? Do we admit Finnish citizens into our courses? There would be many who could benefit from the training. But our answer has always been the same. If you’re a local and you understand how school and universities work, there’re so many opportunities that you can pursue, and not so much for people who do not understand the system. We want to help hardworking immigrants who deserve a chance. It’s a very ideological thing for us to work in this domain.

Okay. Can I ask a more personal question? Do you have an international background as well?

I was born and raised in Finland. My mom is Finnish, and my father’s from Egypt. Luckily he’s been here for four decades now and was able to find a job within his field of education. My father worked as a dentist before retiring in 2018. But when I was growing, I saw lots of family friends with high education – engineers, managers, chemists – who had to work as waiters, interpreters, etc.

So it always baffled me when I was younger. It’s very unfair. It’s not right. As a nation, you wouldn’t want to have the brightest minds wasted.

What would you say is your biggest success so far?

Our biggest success for sure is that we’ve built a proven model from nothing which today teaches 100 new developers annually and connects them with jobs in the tech field. It wasn’t easy and there’s still a long way to go but we can be quite proud of the impact we’re doing in society!