You are at:Home»CEE News»Lithuanian Game Marketplace Eneba Has Taken the World by Storm, Looking to Expand With New $8M Funding

As an avid gamer of videos, it’s often disheartening to reflect on the state of most platforms and marketplaces. Steam revolutionized what we thought of as “buying games” games back in 2003 but has barely made any efforts to really develop its service since. It took quite a while before a real competitor emerged in the form of the Epic Games Store. If you’ve ever used the platform, then you know that the less said about that one, the better.

With the advent of games being offered digitally, however, a different kind of platform sprang up – one that wasn’t focused on providing game downloads directly, but instead what’s come to be universally known as “keys” – activations for games on various platforms.

That shift in supply in demand didn’t come without its share of kinks to iron out, though, as the largest marketplaces for keys – G2A, Kinguin, and CDKeys have been mired in controversy, with G2A even admitting that it knowingly provides ones obtained through credit card fraud. Stories like this, along with many, many more have earned this industry the denomination of being a “gray market”.

The reality is that games are expensive (and have recently gotten even more expensive), so people tend not to care where their keys come from, as long as they’re 80% off.

But Eneba believes that it’s possible to have your proverbial cake and proverbially eat it, too.

Launched in 2018 by Vytis Uogintas and Žygimantas Mikšta, two friends who went to Lithuania’s Kaunas University of Technology, Eneba is a brand new type of marketplace that both aims to provide game keys for platforms like Steam, PlayStation Network, Xbox Live, Nintendo eShop, Battle.net, and more, with the distinct difference that they also employ machine learning to prevent fraud.

Here’s Co-Founder and CEO Vytis Uogintas explaining why and how the model works. 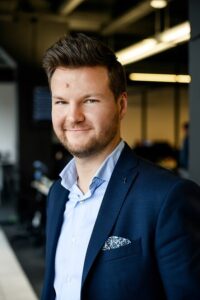 “Eneba is competing with general marketplaces like Amazon, eBay, and retailers like Gamestop, Game.co.uk but they think they’ve found a better, tailored online pre/post-buying experience for gamers, while most importantly solving risk problems for sellers and buyers. And due to automatization in their operations, can offer hugely competitive fees.

While exact figures are difficult to obtain, online gaming is a multi-billion dollar a year industry, and with that amount of money flowing through any industry, it becomes highly susceptible to fraud or theft and marketplaces for gamers that sell virtual goods and services connected to games are no exception.”

The platform has not only been aiming to be the online gaming marketplace but has also developed a proprietary machine learning and fingerprinting technology that it uses to combat potential financial and data fraud.

The company’s growth in just 2 years is immense, too – 26 million unique users, a staff of 130 people, and a recent $8M funding from Practica Capital and InReach Ventures.

Roberto Bonanzinga of InReach Ventures had this to add: 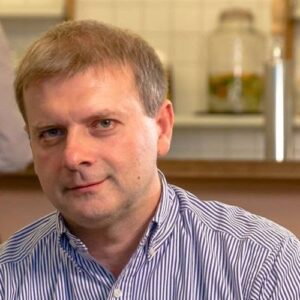 “We invested in Eneba because we think the team has unique execution skills and a strong focus in building a delightful customer experience. You are right in thinking that there is a lot of noise in the space. But what is the space? It reminds me of the music space before Spotify or the movie space before Netflix. Eneba is not focused on enabling random transactions but on providing consumers with a one-click buy frictionless experience. “

In recent years, developers have gone so far as to ask people to pirate their games instead of buying them off of shady marketplaces. But it’s no secret that people would rather have the more convenient option as opposed to the cheapest option, as evidenced by companies like Spotify or Netflix.

The way Eneba works is by playing to that mentality, offering a guilt-free and safe environment where cutting-edge tech also provides competitive pricing. It’s a bold and empathetic solution to a comparatively unique problem, once again showing that the gaming industry is still capable of heart and ingenuity.