You are at:Home»CEE News»Why Innovators Need Patents and How To Get Them

In the 1960s, a young inquisitive man, Ron Klein, came back from the service in the US army and noticed people making charge purchases. Customers were coming to a store with their credit cards which had long numbers on it. A cashier, before selling the goods, had to look up the credit card number in a long list of negative account numbers that they were given every month by the credit card companies. An inventor by nature, Ron was looking to facilitate the process of number verification. It was then when he happened upon the technology of reel-to-reel tape recorders. Klein recognized magnetic tape as a cost-effective data storage solution. That was an invention of the magnetic tape on the back of the credit card that has endured for nearly half a century.

Never having filed for the patent, Ron Klein, known also as the Grandfather of Possibilities, hasn’t made a dime off his mag stripe innovation. Even though he still managed to earn money on his other projects, this story once again proves – a good idea is nothing if you can’t prove you own it.

KISSPatent, a company founded in Chicago, in January 2014, provides Intellectual Property services for startups, even at the early stage.

‘Patents should be available to all innovators – not just the big guys. We believe in making patents possible for all,’ KISSPatent Head of Marketing Carlos Silva Maldonado told ITKeyMedia.

Focusing on the US market players, the patent agency offers support globally, including the EU companies. Since 2015, KISSPatent has registered over 1,000 patents. Among the most recognizable customers are Chatdesk (the US customer experience software), MindMaze (Swiss healthcare engineering), Dead Sea Works (Israel chemical).

This is what distinguishes KISSPatent from other law agencies – they don’t charge by the hour, instead, they offer fixed prices for certain packages. The choice of patent services depends on what stage the company is and what kind of help it’s looking for. Generally, the patent agency provides:

Once the payment is made, the team of KISSPatent keeps working with the startup until it actually gets the patent.

‘You’ll get a provisional patent in the US that gives you a full year of coverage, but within that year, we’ll still work with you without any additional charges. Because even if it’s filing and waiting, during the year you’re still developing your software or your other technology. And, if you change something within your technology, we can go back to the patent to add something or take something out, modify it. We will still do that within that year and you don’t have to pay anything,’ explained Carlos Silva Maldonado, Head of Marketing and Content at KISSPatent.

For their Polish customers, the agency offers a 10% discount!

‘Since Poland is the biggest startup, and tech-hub in the CEE region, we are really interested in sharing our services with companies based in Poland. Many Polish companies are tech-savvy and ready to expand their operations. Naturally, they tend to grow in the CEE region first, making enough capital to leap forward to the US. We treat Poland as the most important part in the CEE region, with many opportunities for growing companies, emerging ideas,’ stressed Peter Benei, Head of Operation at KISSPatent.

One of the main priorities for the company in 2020 is the development of the innovation platform. This new tool will help entrepreneurs and companies discover internal innovations, protect those innovations with IP (intellectual property), and facilitate the sharing of these ideas with others.

‘The innovation platform will support a two-way dialogue between companies that are looking to collaborate with each other, match potential buyers to entrepreneurs and companies, support contract negotiation, and much more,’ mentioned Carlos Silva Maldonado.

KISSPatent is currently looking for three types of partners:

KISSPatent is a team of entrepreneurs. 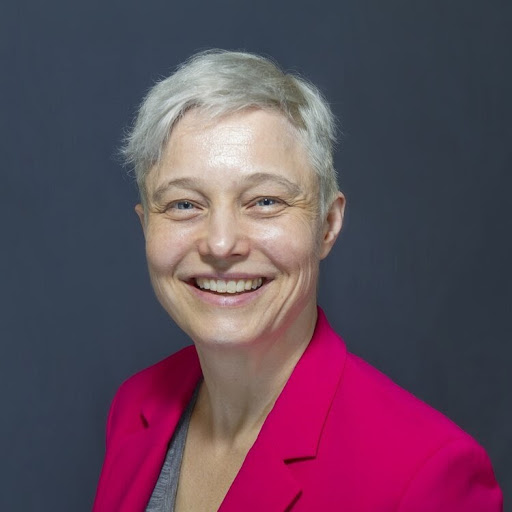 The patent agency, with offices in Chicago, New York, and Eindhoven, draws the attention of customers to the fact that they are not a typical consultant or law firm – they are a startup themselves. D’vorah Graeser, a founder, and CEO of KISSPatent has over 20 years of experience in the intellectual property industry and is a licensed US Patent Agent. She participated in the Human Genome Project and has extensive knowledge in the fields of healthcare, technology, and startups.

The Head of the EU Partnership at KISSPatent is Daan Bemelmans, the owner of CodeDB, a company that helps young businesses to reach their highest potential. Peter Benei, the Head of Operations, was a co-founder and a creative partner at Karmamedia, the first social media communication agency in Hungary.

‘KISSPatent offer looks to me like they speak in my language (entrepreneurs not lawyers). Speaking of their potential in Poland, software companies here usually don’t patent IT codes, ideas, pieces of software, because of the limited budget and the lack of knowledge of how we can capitalize on patents. In my opinion, the best target audience for the agency would be the hardware startups to whom patents are more important.’ shared his opinion Ross Knap, CEO at Krakow-based startup CallPage.

Maria Kobryn, the Partner, and Head of Blueshell Legal readily admitted that considering that ‘Poland is a fantastic country full of creative people in the field of new technology, there will certainly be a place for a company like KISSPatent.’

Many professionals in the tech industry, including some lawyers, advocate that software cannot be patented. Experts assume that pure software, i.e. the code that is somewhat suspended in a vacuum, doesn’t have technical characteristics for the patentability test.

Despite that, Carlos Silva Maldonado from KISSPatent assures that software can be patented, ‘The design of the software is patentable. The code is also patentable. Yeah, it’s very interesting. Most people don’t know about that.’ The company does research and analysis first to see if the code can be patented. Even if it’s not, the team of KISSPatent will look for a way, maybe a loophole, to patent it after all.