You are at:Home»CEE Startups»Salv Looking To Expand AML Bridge in Europe Thanks To New Round of Funding

The world is changing rapidly, with new and better technologies both emerging from the shadow of their past promises and coming out of unexpected places and in unexpected new ways.

Being the socio-political and economic backbone that it is, financial crime is nothing new, but for a myriad of reasons, technology aimed at preventing that same crime has been lacking. Conspiracies aside, if the last two decades have taught us anything, it’s that disruptive tech always comes from outside the industry that it ultimately disrupts.

TransferWise is already one such company, going so far as to disrupt PayPal as well, but a few employees decided to take it a step further and solve an even bigger problem.

According to the World Economic Forum, “Illicit proceeds from criminal activity are estimated to account for 2-5% of global GDP (around $2 trillion USD), yet less than 1% is ever seized or frozen by law enforcement agencies – the current anti-money laundering regime is not fit to combat a crisis of this scale.”

The laws, regulations, and procedures put in place to combat this are collectively known as Anti-Money Laundering or AML.

That’s exactly the field and, by extension, the technology that Salv aims to procure, perfect, and provide. 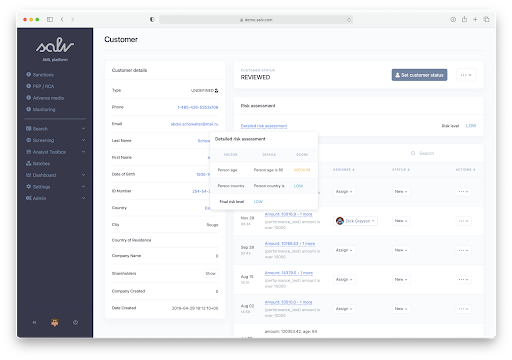 Founded in 2018 in Estonia and led by Taavi Tamkivi, Salv is currently working on a pilot project dubbed AML Bridge Estonia focused on providing increased security to local banks.

ITKeyMedia reached out to Taavi and asked them to explain a little more about how their project works.

Salv wasted no time in starting to turn heads, as they had already accrued $2M in seed funding by 2019. They’re already eyeing 6 more European countries to launch in and, provided their test in Estonia goes well, there will most likely be even more.

As of December 2020, Salv has raised an additional $1.5M, thanks to Estonian banks LHV, Luminor, SEB Estonia, and Swedbank Estonia, as well as with the help of the Estonian Financial Supervisory Authority, the Financial Intelligence Unit, and the Data Protection Inspectorate. 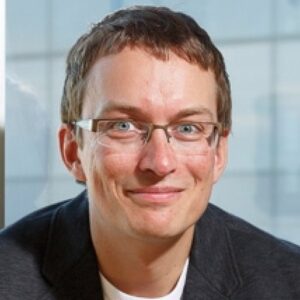 Rain Rannu, an investor at Superangel, one of the firms that originally supported Salv, explains their reasoning behind backing the still-young startup.

“I chose Salv because of their superior founding team. Not only have they experience in building two unicorn startups but they are some of the foremost experts in AML. They live and breathe crime-fighting in the financial sector. Compliance and fraud remain the main challenges in making financial services truly global and I believe Salv has the right team to change it.” Rain told ITKeyMedia

The sector that deals with money obviously has money to spare battling its issue of hemorrhaging money, but a clear paradigm shift is yet to happen.

Emerging technology is usually at least a decade ahead of lawmaking and ethical bodies, so it’s a pretty clear notion that only by adopting emerging tech can institutions hope to not only be able to keep up but to stay safe.

For all its wonders and world-changing impact, modern tech is yet to truly penetrate the economic layers that Salv’s offering is aiming to do. Creating an international database to battle financial crime might function similarly to an antivirus program, promising a fairly low-level solution that targets fraud at the core.

It’s a necessary and important project that might eventually revolutionize finance, saving untold billions of dollars and, most importantly, protecting those who can’t protect themselves.