The military outrage that had seemed impossible in today’s world has shaken everybody in Ukraine – both figuratively and often literally. The overwhelming sentiment was that everyone, that very moment, must donate all their money to the Ukrainian Army and/or join it. However, after the initial shock it became clear that many people can do more good by sticking to their daily lives and doing their jobs. Ukrainian mobile and web development studio WeSoftYou, for one, came up with an NFT collection that is meant to raise money for Ukrainian charities.

Back in 2021, WeSoftYou’s co-founders attended NFT.NYC conference and Art Basel Miami where they got inspired by the idea of avatar collections and the power of community they provide. As the war struck, they immediately realized that this is the chance to realize this idea in their home country and do something meaningful for the country at the same time. Thus the Crypto Cossacks Club was conceived.

‘We were inspired by CryptoPunks, but we wanted the name of our project to have Ukrainian roots. Cossacks are Ukraine’s fearless warriors. That is why the Cossack has become the central figure of our new NFT collection,’ Maksym Petruk, WeSoftYou’s CEO, tells ITKeyMedia.

Avatars of the Ukrainian Spirit 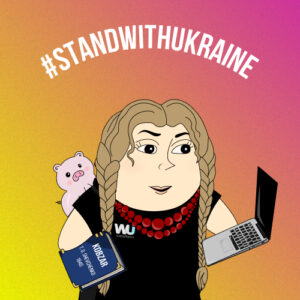 Realizing that time is of the essence, WeSoftYou addressed the artist Yana Mitlitska. The task was to create a collection of Cossack-themed NFT avatars, and the deadline was in one month. The artist admits that initially she thought the idea was crazy, next to impossible, but then the Cossack spirit prevailed.

‘I understood that if I managed, we would help a huge number of people. For me, the Cossacks are the embodiment of the Ukrainian spirit. We fight when others would give up,’ Ms Mitlitska says.

The resulting collection consists of 100 elements that are randomly combined into avatars. This amounts to a total of 4,950 avatars with varying degrees of uniqueness. To make a round 5,000, 50 more avatars will be created separately and presented to international celebrities who voice their support for Ukraine. The NFTs are available through Meta Mask for iOS and Android users, as well as through a browser extension. A fairly modest price of 0.015 ETH (~500 + ~50 USD minting fee) was set for the product.

50% of the proceeds will go to two Ukrainian charity funds: Come Back Alive and the Serhiy Prytula Foundation. The Come Back Alive fund aims at demining the de-occupied territories by purchasing the necessary equipment and instructing sappers. Meanwhile, the Serhiy Prytula Foundation aids the Armed Forces of Ukraine. The remaining 50% of the proceeds will be used to support the Crypto Cossacks Club community, develop the next collections, and launch innovative Web3 products. 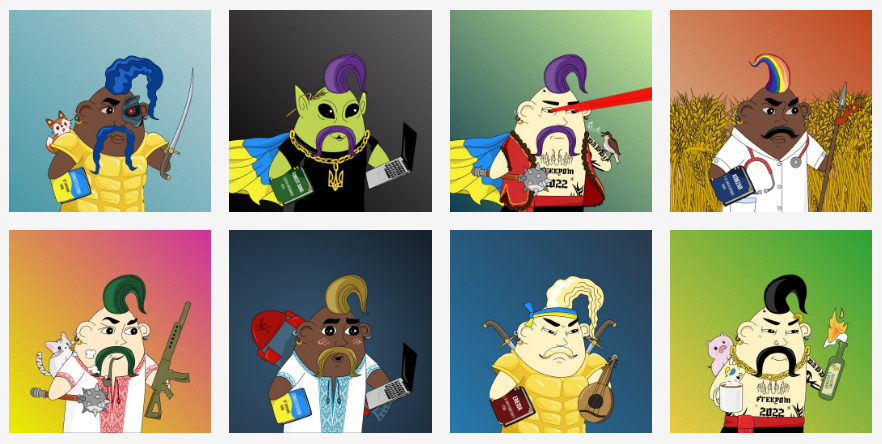 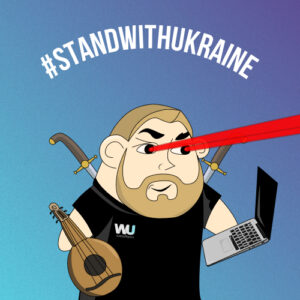 Concerning the mentioned activities, the first offline event will be held as soon as this June. Moving on, there will be two spin-off collection drops in August and November. The next step will be Crypto Cossacks wallet and social media development scheduled for January 2022.

The CEE startup community keeps talking about the ‘Ukrainian startup marvel’ that is expected to happen right after the war ends. The community also voices hopeful expectations that the war will end soon. With initiatives like the Crypto Cossacks Club, we can observe the ground being prepared for the said marvel.