You are at:Home»CEE News»99math Is an App That Teaches Kids Math Through Social Gamification

As someone who hated math and then later became enamored with physics, I can absolutely assure you that you don’t hate math either, nor do you suck at it. You were just one of untold millions of people who were taught wrong. 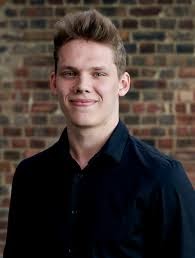 “I personally saw how boring math was in school, despite all the technological solutions (I started 99math when I was still in high school). Tõnis had a rough feeling that math teachers had something missing – and when we started to learn what were their problems, we noticed that the problem was that kids are not excited – and it’s a problem not only for teachers, but students and parents as well. And we chose math because it’s one of the most important foundational subjects for all students and modern society needs people with high math skills”.

99math is a remarkably useful online game that both teaches and allows students to practice a wide variety of math problems either individually or as a group, competing with each other.

The objective, claims Timo, is to make math practice exciting. “We are not a learning app, but a practice app”, notes the founder.

The way math is predominantly being taught at school is just mindless practicing – doing the same thing over and over again until you are proficient. And that just so happens to also be the most boring part of math. People, especially kids, need to be significantly more engaged in order to not only be interested but to properly learn.

Adding social gaming techniques to motivate kids to practice is definitely a step in the right direction.

“The most challenging was the fact that we were very unexperienced when creating the platform. I was still in high school and the other founders had almost no experience. But fortunately we managed to create an exciting experience which made teachers want to talk about it to their colleagues and friends.”

Timo notes the fact that there are over 200,000 kids playing on 99math every week as their proudest accomplishment.

“That’s what we mostly care about and what’s most important for us”, he adds.

Last year 99math raised $500,000 in their first ever seed funding round at the hands of Change Ventures, the Good Deed Education Fund, and Martin Villig.

Yrjö Ojasaar, a partner at Change Ventures, shed some light on why the company is such a great product, too. 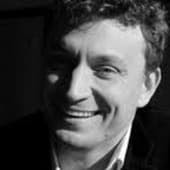 “Online platforms that don’t fully engage children’s attention in the topic and keep the interest on the task at hand can be quite distracting and work against the goal of better learning. However, a platform that takes into account child psychology, usability and key influencers can dramatically improve engagement and learning outcomes”, said Yrjö.

Even among apps specifically targeted at kids, 99math is rather unique in its approach to learning math – it uses competition and gamification to make repetitive training tasks fun and engaging, and social aspects to encourage teamwork, tutoring, and peer support within the team.

Education is at a very interesting junction right now. On one hand, it’s one of the institutions that have barely benefitted at all from emerging tech. On the other, they’re currently one of the most potentially lucrative industries for startups to work in

Either way, it’s kids that benefit the most from this, and that’s a win for everyone.