You are at:Home»CEE Startups»Bolt Is Taxiing Its Way to 90 Cities in EMEA and North America

Estonian unicorn Bolt, one of the largest ride-hailing companies on the market, is looking to expand to almost 90 locations in EMEA (Europe, the Middle East, Africa) and North America, after recently securing several rounds of investments totalling 270 million EUR.

“I can say that we have big plans (…) We want to keep our position as the largest ride-hailing platform in Europe and Africa”, Łukasz Stachowiak, Bolt Country Manager for Poland, told ITKeyMedia. He re-emphasised the company’s goal to replace personal cars and redefine how people and products move, as part of the Bolt Green Plan. 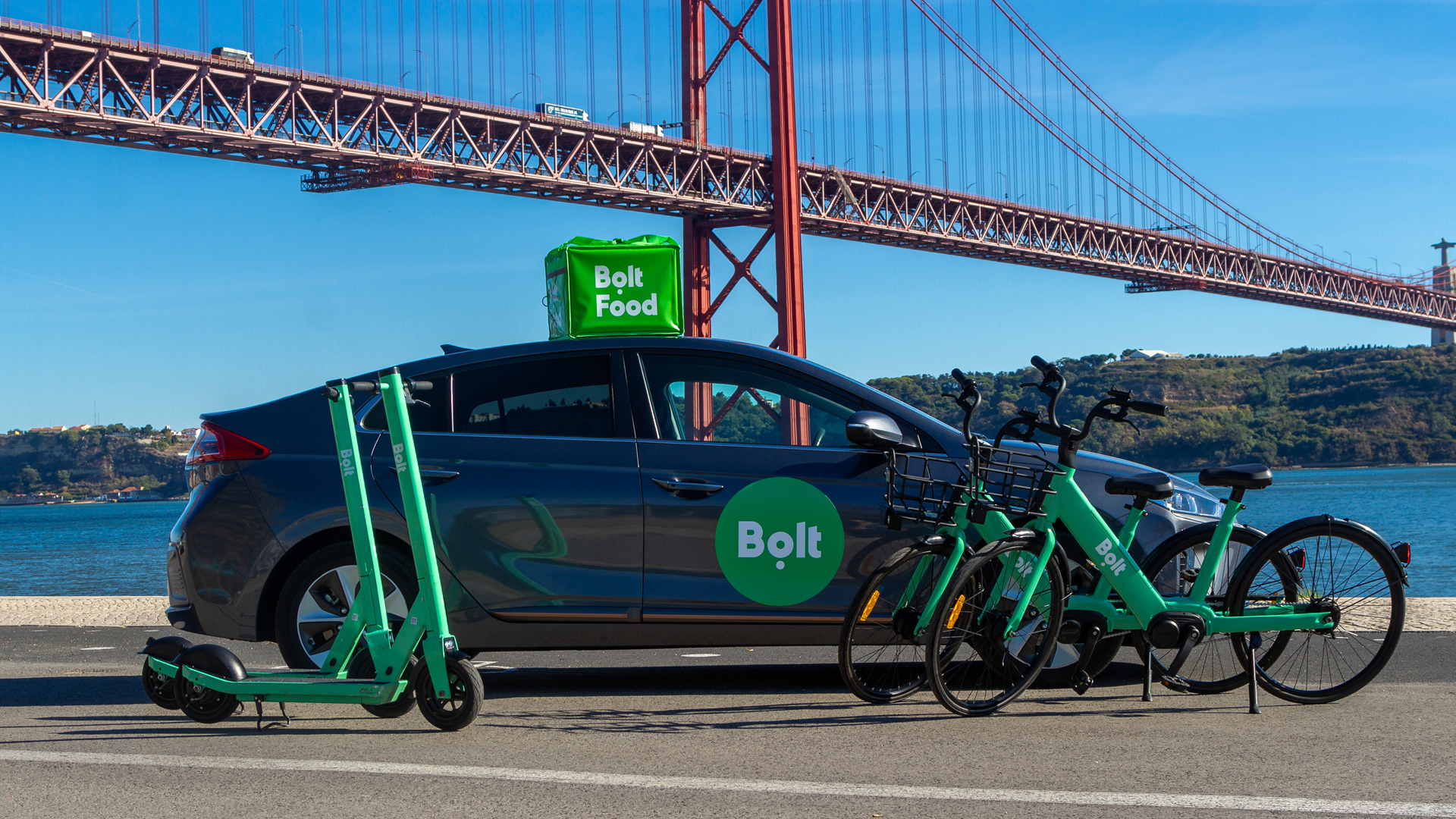 “IFC invests in promising startups in emerging markets that further the World Bank Group’s mission to reduce poverty. Bolt has a strong business model in Africa and in Eastern Europe, where IFC’s investment will support expansion to underserved urban areas in tier 2 and tier 3 cities”, declared for ITKeyMedia William Sonneborn, Senior Director in charge of Disruptive Technologies and Funds within the IFC.

Information published on the IFC’s website mention the fund will offer support by introducing the company to prospective partners in order “to increase access to finance and financial services to drivers”, leading market sources to speculate that those services could be aimed at drivers who do not yet own a car. Bolt and IFC did not tackle ITKeyMedia’s question on the topic directly, stating the investment would help Bolt “expand mobility solutions that create earning opportunities, stimulate small-scale entrepreneurship, and improve access to transportation and last-mile delivery in Eastern European and African markets”, according to Stachowiak and Sonneborn.

Bolt’s largest funding round took place in December 2020: 150 million EUR, in a Series D round led by D1 Capital Partners, with participation of Darsana Capital Partners. “Bolt will use the funds to further enhance the safety and quality of its products, as it continues to grow its ride-hailing, micromobility (electric scooters and bikes – editor’s note) and food delivery services in Europe and Africa”, explains Stachowiak.

2020 was a packed year in terms of investments; the company managed to raise the same amount (which represents over half of its total disclosed investments to date): 100 million EUR as convertible notes from Naya Capital Management in May 2020 (which valued the company at 1.9 billion USD / 1.6 million EUR), and 50 million EUR as debt financing from the European Investment Bank in January 2020.

Bolt’s funding rounds, and lead investors, according to the company and Crunchbase:

The company raised more than 525 million EUR to date.

* Estimated for the end of 2021; Bolt announced in November 2020 that it plans to launch scooters in over 100 cities during the course of 2021, aiming to become the largest operator in Europe. 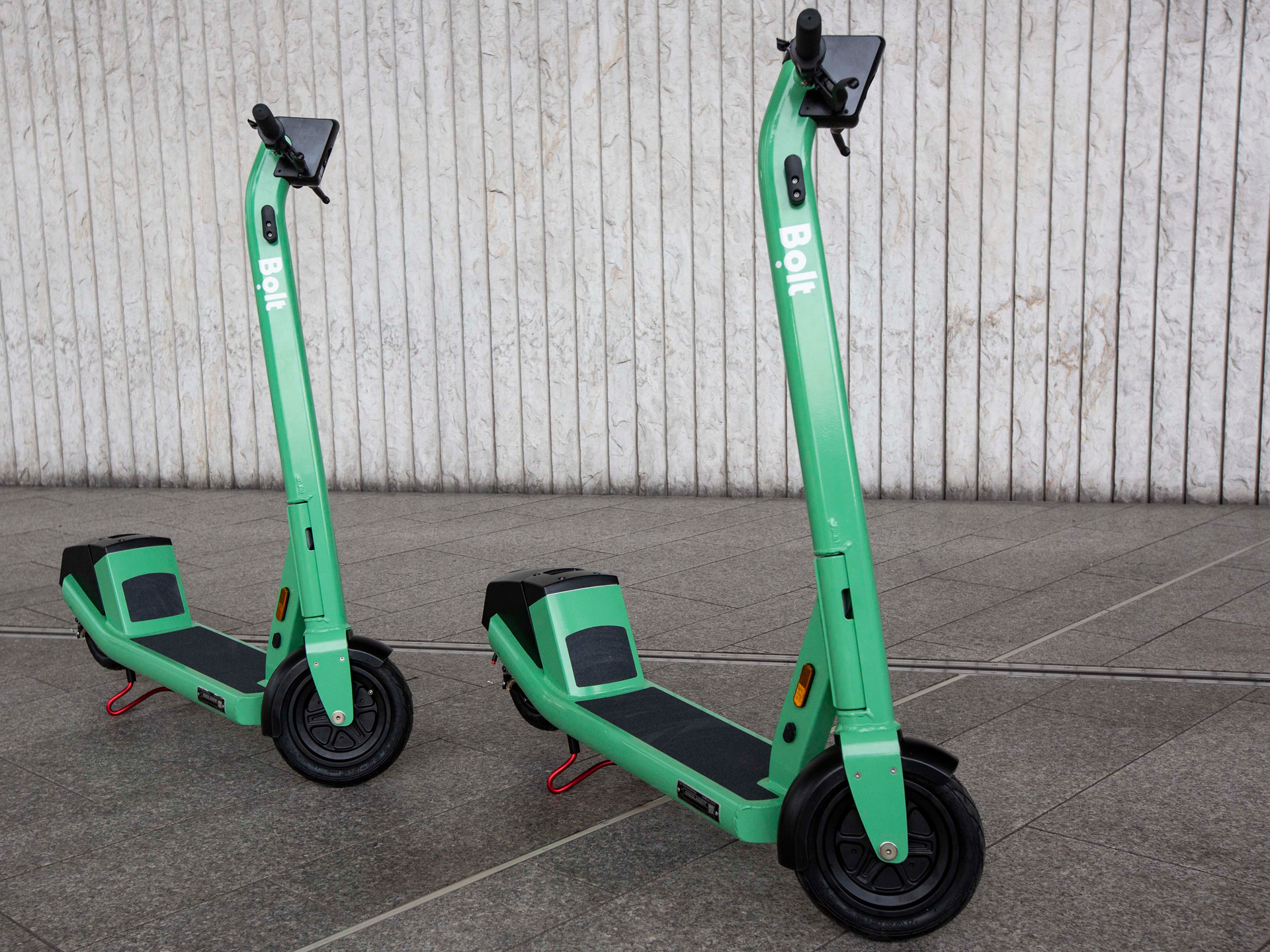 The fourth generation electric scooter, launched by Bolt in December 2020

According to local media, Bolt posted a loss of 85 million EUR in 2019 on 150 million EUR revenues and asked for state aid of 50 million EUR shortly after the lockdown began. Though the company did not disclose any new information, Stachowiak says Bolt is still growing extremely fast, thus last year’s revenue would not give a complete picture of the business.

He explains that even though the crisis has temporarily changed the way people move, the long-term trends of declining personal car ownership and the shift towards greener transportation continue to grow.

The Pandemic Accelerated the Delivery Segment by 2-3 Years

“We estimate that the on-demand delivery industry has been accelerated by 2-3 years. Prior to the crisis, Bolt Food (the company’s food delivery app – editor’s note) was operating in 4 markets and now we expect to be live in 15 countries by the end of May”, declares Stachowiak, explaining that it was a pivotal decision to incorporate grocery deliveries in the app. 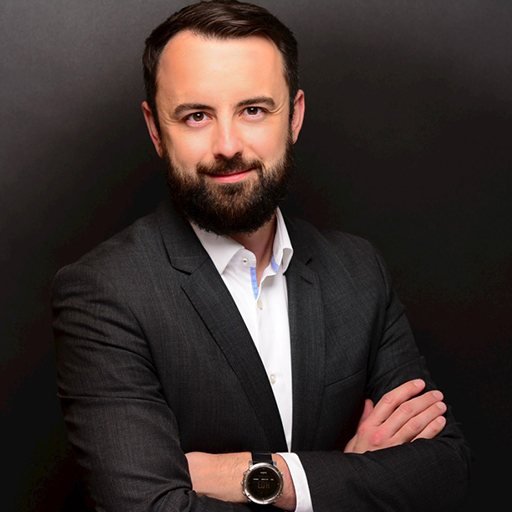 We saw waiting times at local online grocery chains spike during the crisis, so we launched grocery delivery on Bolt Food in a matter of days. In some markets, we see grocery delivery now making up to 20% of total volume. 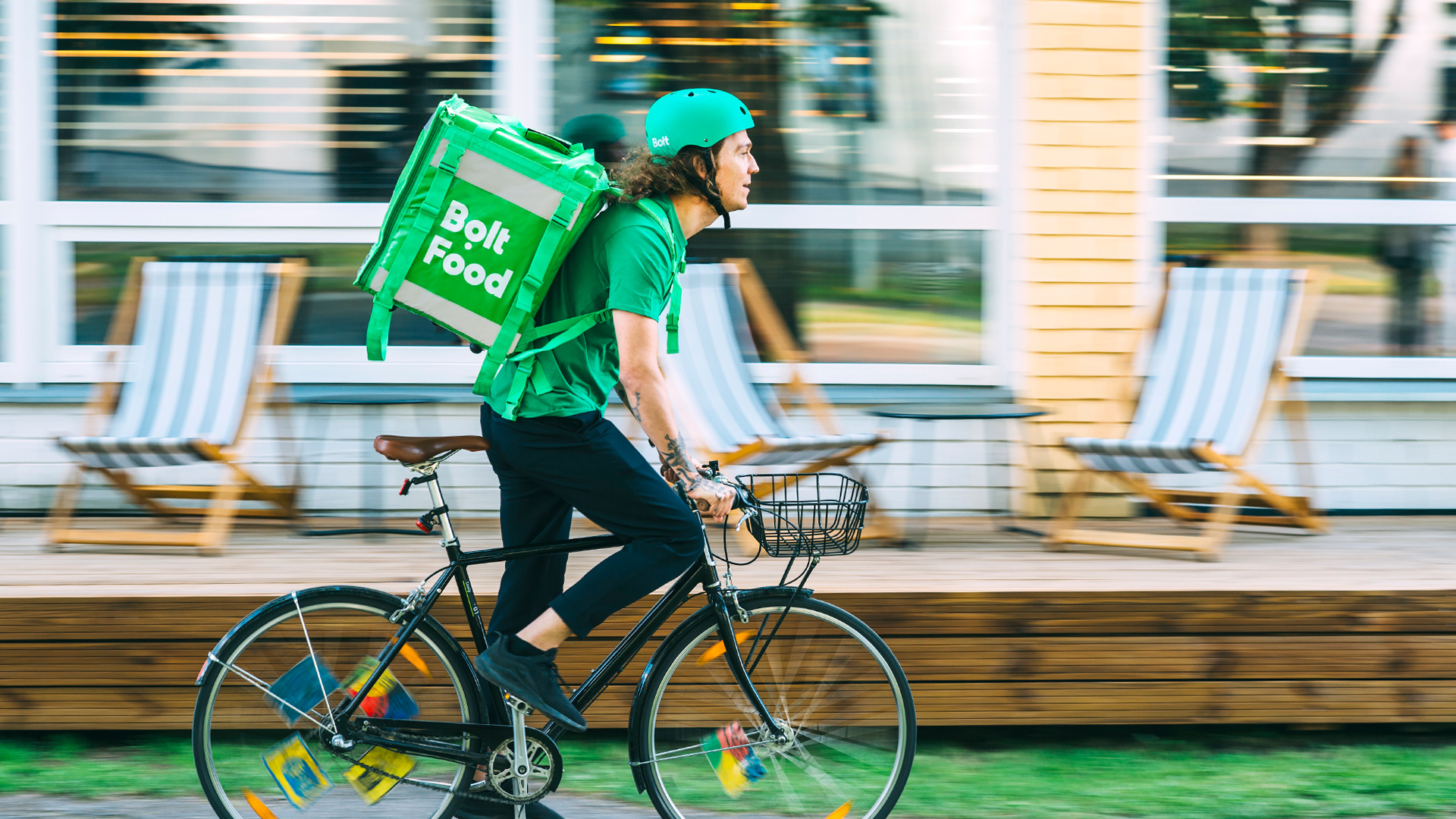 The company also launched a same-day delivery service for companies, which they expect will stay in demand even after the pandemic subsides, as well as a web app that allows requesting trips using a browser and uses less data than the dedicated smartphone app.

Bolt was founded in 2013 in Tallinn, Estonia by brothers Markus (CEO, only 19 years old at the time) and Martin Villig (VP), and Oliver Leisalu (CTO). Launching its services in August 2013, in Tallinn and Tartu, under the name mTakso, and later Taxify, the company quickly expanded to Latvia in March 2014 and by 2016 to Africa. 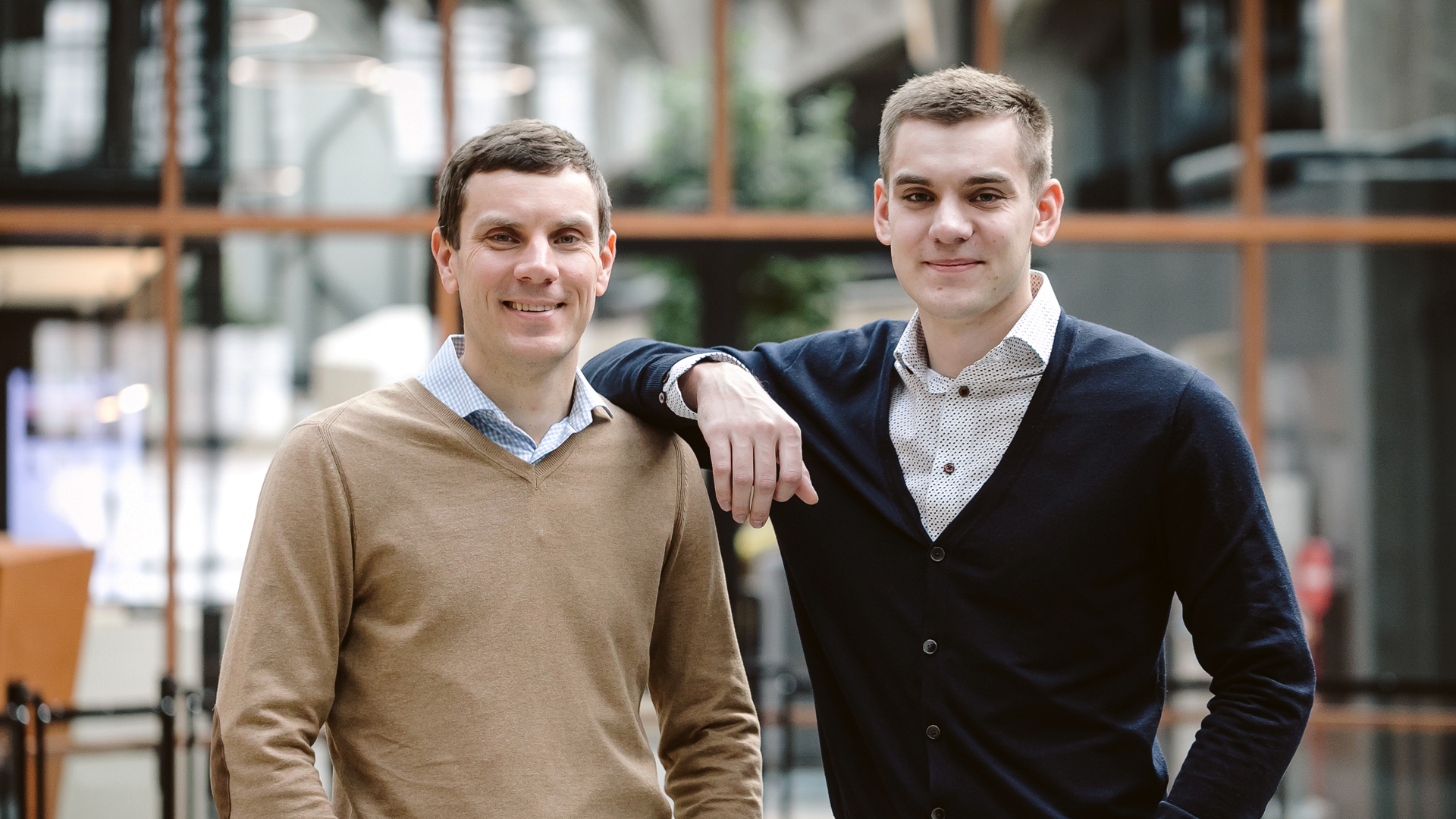 In 2018, the Daimler-lead investment round valued Taxify at 1 billion USD, helping it enter the ranks of Europe’s unicorn companies.

The company went through an ample rebranding process in March 2019, changing its name to Bolt. They had 25 million users back then, half of the current number.

The company’s names and logos

Using the left side menu, you can show or hide the individual layers that represent the company’s main verticals. Clicking the icons will reveal a link that points to services available in that particular city. The legend of the map is as follows:

The map was compiled based on information listed on Bolt’s website, as of 5 March 2021.