You are at:Home»CEE News»Bookee Propped up for Future Success Thanks to €500,000 Vision Ventures Investment

Bookkeeping is one of the less glamorous aspects of running a business, but it’s also one of the most important – it’s a company’s nervous system, so to speak.

Unfortunately, it’s also a segment that is also incredibly responsible – where one simple mistake could mean losses or lawsuits – to say nothing of the potential for theft and scams.

As we have been seeing with different markets, there is one surefire way to instantly update available technology and make it just better – AI.

As part of that larger trend, Slovak startup Bookee is hoping to be an outright better form of bookkeeping.

Based in Trnava, the fintech company was founded and is lead by Peter Fusek (CEO) and Peter Čapkovič (CTO). The team describes itself as an intersection between humanitarianism and cutting-edge Human-AI collaboration – a machine enabling the digital era of accounting. 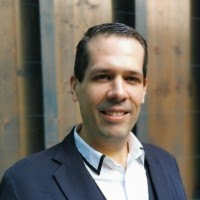 As company CEO Peter Fusek informs us, “At Bookee.ai we believe that people should have creative and healthier jobs. That’s why we engage Artificial Intelligence (AI) to learn manual, boring processes in finance instead of humans. Bookee.ai is cooperative with an accountant and frees up their minds and hands from routine tasks in book-keeping using machine learning. We save time, money and prevent human errors + the accountant can rather focus on more value-added challenges like tax or finance advisory”

It’s this focus on mitigating risk that’s most exciting about Bookee, but there’s more to it than just that.

Most of their competitors are “rule-based”, meaning that the user has to define routines upfront – later on, the machine can help, but only until the user needs to use a new document type. Bookee.ai strives for zero setup effort and configuration, trying instead to learn everything from the data directly, without any human interaction or hassle.

“Plus neural network of Bookee.ai is still learning from new data of respective customer and similar companies, so next month will be even more precise.”

The company recently raised €500,000 thanks to investor Vision Ventures – a venture capital company that specializes in seed investments within the Slovakian market. The fund has so far been mainly focused on the innovative, ambitious, and disruptive, all categories that Bookee fits. Vision Ventures is led by Tomas Bel and Gabriel Horváth.

For now, their focus is on finetuning Bookee’s feature set, including its integration with major SaaS/Cloud ERP accounting platforms – Peter wants it to become available as a plug & play module that facilitates the automation of data entry.

Gabriel Horváth shared their opinion on the investment – he told us that he is confident in not only Bookee’s product but also their strong founding team with a background in both business and technological development. The team also has a noted track record of previous success in similar ventures and in bringing products to the market. 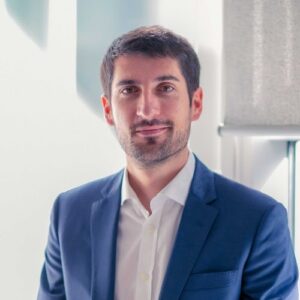 “The technology has a potential to significantly change bookkeeping, making it less time consuming and more efficient. Accountants and companies can then focus on tasks with higher added value.

We expect to see a continuation of the shift from on-premise to cloud accounting software. This will also create opportunities to further optimize accounting processes.”

Of all the things that AI can help with, it’s the fact that it can transplant processes that take time and are prone to human error to being almost entirely unseen, running in the background.

Freeing up people to do more, better work is one of the promises that this current transitional period has promised. Whether or not that comes to fruition is debatable, but it’s looking more like a question of “when”, as opposed to “if”.

For their part, Bookee is solving a comparatively ancient problem – one that’s likely caused a ton of harm over the years.

It’s these problems that I’m personally most excited about – not the solutions that raise the upper bar some, but those that raise the lower bar for everyone – forever.

If this works out, we might start looking at bookkeepers in a few years the way we look at lamplighters now.