You are at:Home»Events»FinTech and InsurTech Digital Congress Spotlight: Data Usage in Business

On March 23-24th, MMC Polska’s 11th FinTech and 10th InsurTech Digital Congress was due to take place at the Westin Warsaw Hotel. The event had to be moved to the Hotel Crown Plaza – the HUB in Warsaw, but it caused no apparent discomfort to organizers, speakers or guests. The venue welcomed fintech, insurtech, and e-health industry leaders and enthusiasts. Just like many similar events these days, the Congress was additionally streamed online via Hopin.

Two days of the congress were tightly packed with speeches and discussions. The topics revolved around the ongoing trends in the corresponding industries and the prospective directions in which they are to develop short- and long-term. The event had two working languages: Polish and English, and the agenda was quite intensive. To give the reader a glimpse, we chose to highlight the panel discussion about data usage in business.

The participants set out to discuss the following points:

Thirty3’s country manager Ahmad Piraiee was moderating the discussion, and the speakers were: 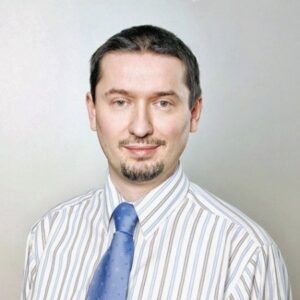 Following a brief introduction by the participants, the moderator preferred to set an ‘academic tone’ from the get-go and asked Mr Nawrocki, a self-proclaimed ‘dataholic,’ to define data and metadata for further discussion.

Bank Pekao’s representative began by pointing out that enormous and ever-growing amounts of data are accumulated. Various presentations show graphs with zillions terabytes of information due to be collected by the year 20XX. According to Mr Nawrocki, the amounts of this data are too big to understand what it all means and to make it all actionable.

‘That’s why I focus on the value and quality of data that can be used by organizations for business purposes. Understanding what data means is crucial for sophisticated machine learning. Many data scientists have to cleanse the data before they understand it.’ In view of such an introduction, the speaker suggested to focus on the quality and value of information rather than its sheer amounts during the discussion. 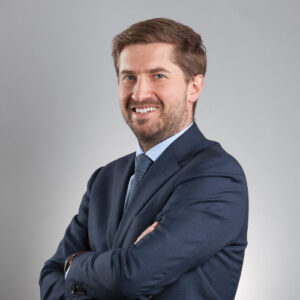 Mr Werpachowski proceeded to explain the issue specifically from the business integration side. According to his information, about 80% of the collected data is used for optimizing and automating the decision-making process. The speaker listed three stages of data processing:

The first two stages alone are responsible for the 60-80% precision of a decision. Adding the third stage allows to increase the precision by further 10%. With this information at hand, it’s possible to determine the use cases that brought the most profit and can bring even more in the future.

Compensa’s representative reminded that there’s flows of money behind every process. The human operator needs to remember it because the algorithm will only see data. In view of the increasing amounts of data, it is imperative to preserve the accuracy of decision making.

Mr Werpachowski added that another issue that demands attention is the cost of implementing changes into the decision making process based on the analyzed use cases. As such, the data and the machine learning algorithms become really valuable only when the business is able to modify its processes accordingly fast and cheap. If changing the processes is impossible or expensive, then the data has no value.

Since banks are arguably the biggest producers and consumers of data, Mr Piraiee asked Mr Kwiecień’s opinion given his extensive experience in the banking sector. Specifically, the discussion went toward the practical aspects of data creation and processing inside the banking sector.

Mr Kwiecień explained that while the data that the bank operates comes from the customer and the relevant regulations, there is another influential factor – the rates coming from the market. The combined result is visible differently for the customer and for the bank. This produces a whole spectrum of data that needs to be observed. 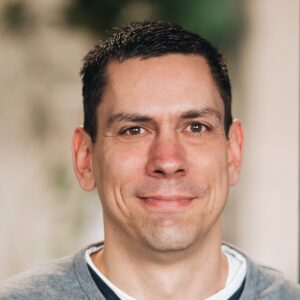 Moving on to data sharing between sectors, Mr Nehnes took the word. He began by noticing that while it is technically much easier to share information today than it used to be, the multiple new regulations arise and make it less clear what data can be shared at all. Moreover, the data is not always properly accessible on the side of the customer, and that’s why certain decision making processes take longer time. Meanwhile, the customer demands instant real-time decisions – for example whether or not they are allowed to perform a certain operation.

The speed of decision making becomes particularly important during intense events like Black Friday. To achieve such speed, the data needs to be accessible to data scientists directly from the source instead of being imported. 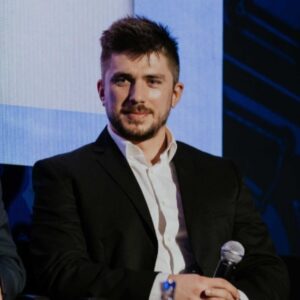 SALESmanago specializes in collecting and processing customer data. As such, Mr Skałka was the most fitting person to talk about the customers’ concern about data safety in general and GDPR-compliance in particular. According to his forecast, soon enough companies will no longer be able to use the massive amounts of information about users collected by the likes of Google and Facebook.

Mr Skałka shared that the solution to this dilemma comes in the form of a new trend – collecting the so-called zero-party data. With this approach, companies welcome customers to share their information in exchange for providing a more personalized experience and, possibly, other rewards. According to Mr Skałka, there are already many tools for collecting zero-party data on various stages of the customer journey.

GDPR as a Booster

At this point, the moderator felt it appropriate to explain GDPR for the audience. Mr Nawrocki stated that GDPR was in fact a booster for proper data management and data understanding. GDPR-compliance allows for a clear data flow mapping in a company. In other words, the value of GDPR is not only legal, but also largely operational. 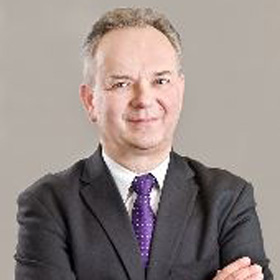 Further expanding upon the data flow mapping within a company, Mr Werpachowski pointed out that different parts of an organization understand the data differently. This is what creates the misunderstandings of data. GDPR helps manage the risks related to these misunderstandings.

‘Three years ago we identified the biggest risk we had in our organization. I mean the single definition of the customer. We are a result of a few mergers, and we have different systems for customer data. So how should we know whether the person is the same across all systems? Suppose there are different phone numbers for seemingly the same person. This is how we identified the need to build the centralized customer database to synchronize the customer data across all our systems. Among other things, centralizing all customer data in one system helps us with automatic anonymization and, of course, GDPR-compliance,’ Mr Werpachowski illustrated.

This led the discussion toward the customers’ right to be forgotten and how it could be handled in the context of blockchain, particularly in the banking sector. Mr Kwiecień clarified that, on the one hand, the organization must delete a customer’s data after (for example) five years of downtime, but on the other hand, it must be able to present this same data to relevant authorities upon request. Technology would be needed to solve this contradiction.

‘We thought about blockchain because here we have a traceable connection from the beginning to the end. Even if something is removed, there is still memory of everything. Still, the technology seemed not mature enough when it first appeared. That’s why we concentrated on traditional technologies – because we could not control blockchain solutions 100% – and built GDPR rights into our systems,’ Mr Kwiecień shared.

Mr Nenhes added that a universal identifier for a customer was indeed necessary – in banking, in eCommerce, as well as everywhere where something is sold. It lifts the need to identify a customer by the data that they enter themselves and leaves significantly less room for fraud, among other things. As for the deleted data, Tilo stores records of the data deleted and refers to those upon request. 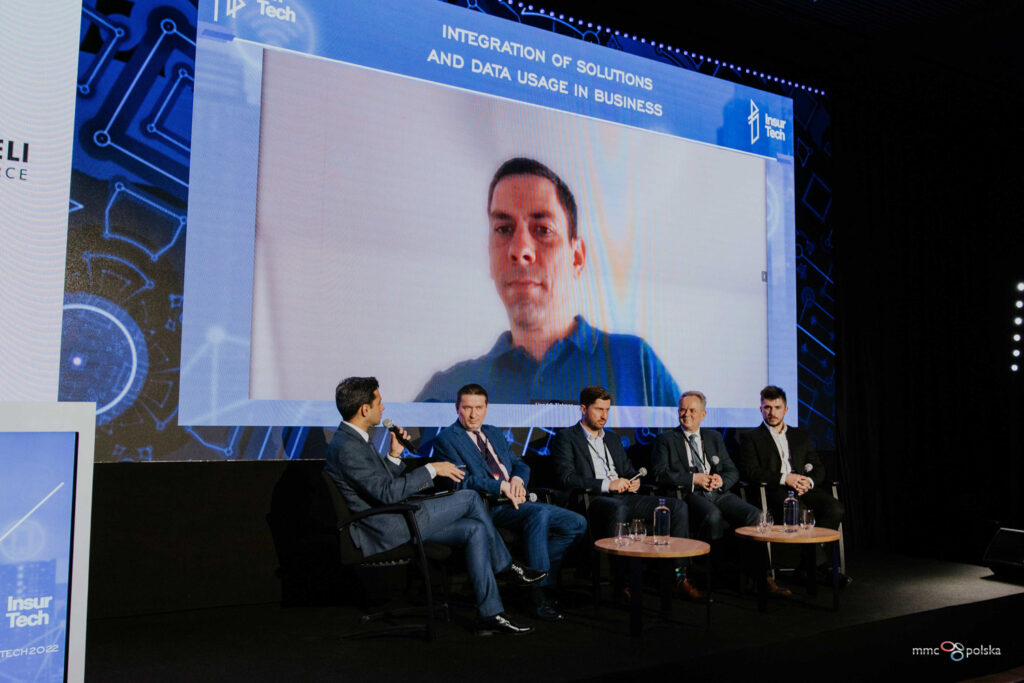 As a final point, Mr Piraiee returned to the contradiction between the users’ desire to have online services for free and their reluctance to allow their data to be used for marketing purposes. ‘Where do you see the sweet spot here?’ he asked the speakers.

Mr Skałka agreed that such a contradiction is indeed apparent. Many users don’t want to be tracked but still want a personalized experience even when they use different channels and devices. SALESmanago’s response is to give the users control over choosing the data that they want to share – namely, to prompt the users to share the data necessary for particular actions.

Mr Piraiee wrapped up the discussion with a quote – ‘Life is the universe creating memories.’ Without paying attention to it, all people are constantly creating and consuming data. This affects not only businesses but everybody’s lives in general. As such, a conscious attitude toward data not only improves business but also makes life better for everyone.