Grovy, the German q-commerce startup specializing in groceries, expands into several CEE countries. In only one year since launch, the startup managed to achieve a level of success that allows it to expand internationally at a rapid rate. Last September, the company brought in an impressive EUR 3M round, but it aims even higher promising an 8-digit Series A round as soon as in Q1 2022.

The startup’s co-founder and CEO Justin Adam tells ITKeyMedia that the idea of a service like Grovy came to him somewhat spontaneously even before the lockdowns. Mr Adam and his fellow co-founders share a background in logistics. Back in 2019, they agreed that there hasn’t been any significant changes in the way that supermarkets and grocery stores operate in the past several decades. The idea to bring innovation to this field found its place in the corner of their minds, and waited for the right time. 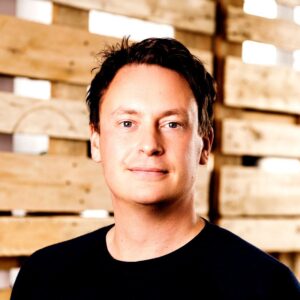 The right time came in December 2020, with the beginning of the second lockdown and the continuing rise of delivery service, particularly quick (same-hour) delivery of essentials. The co-founders spotted the many shortcomings still present in the industry and decided that it’s time to start Grovy.

Angel investor Finn Age Hänsel of Sanity Group tells ITKeyMedia that liked the team because they were able to bootstrap companies before and were extremely efficient in their capital usage. ‘Their background in logistics also convinced me that they are an experienced and fitting team for the project,’ he adds.

The dramatic decrease of waste rate is particularly impressive since it’s achieved through seemingly self-explanatory measures like: 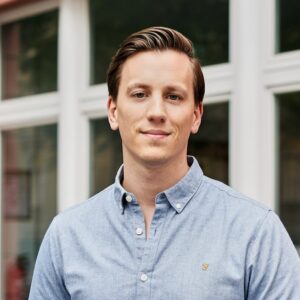 Two of Grovy’s co-founders come from a Romanian background – so, according to Mr Hänsel, it is natural for them to understand the CEE market. Additionally, Mr Adam points out that people in CEE are overall more used to ordering online. CEE’s another point of attraction is similar basket sizes with far lower costs for last mile delivery. Finally, the population density in bigger cities is higher than the average in Western Europe.

Prior to expanding eastward, Grovy tested themselves out only in two German cities: Frankfurt-am-Main and Mainz. In CEE, the service already operates in Prague and Bucharest, Warsaw and Budapest are next in line for the first half of 2022.

Mr Adam tells ITKeyMedia that there’s no reason why Grovy’s business model shouldn’t work for smaller towns. The only necessary condition for that to happen is the proper level of brand awareness. Besides geographic expansion, Grovy is considering including other essentials into its assortment – toiletries, stationery, etc.

‘Our decision to expand into CEE was one of the decisive factors that made us attractive to investors. Grocery delivery is an underdeveloped segment in this region. With our personal history and connection to CEE, it was perhaps destined that Grovy would be the one to make the move,’ Mr Adam continues.

Mr Hänsel agrees: ‘It was my investment hypothesis that they should not play where everyone else is playing – like Gorilla, GoPuff, Flink, Zapp – but rather enter markets with lower competition.’

His colleague Fabian Friede adds that Western European markets see high competition while CEE offers huge potential in terms of size. ‘Besides, these markets are also attractive by other indicators including regulations, margins, digital adoption, etc.,’ he adds. 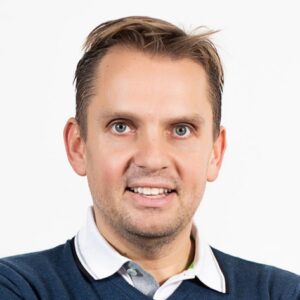 Michal Zalesak, co-founder and managing partner at Lighthouse Ventures (lead investor of Grovy’s previous round) concludes: ‘Quick commerce is definitely one of the hottest VC topics of 2021. We decided to invest in Grovy because we are big believers in the team and their unique strategy of going East into CEE unlike other competitors fighting with billions for Western markets.’

According to WWF, around 40% of food supply goes to waste. In such a situation, businesses that can find a way to combine sustainability impact with impressive economic growth are particularly valuable internationally.