You are at:Home»CEE Startups»Hyper Poland becomes Nevomo in a Bid to Revolutionise the Railway System

Have you ever thought of traveling by train from Warsaw to Berlin in thirty minutes? It may sound unreal, but it is not! Thanks to Nevomo team, traveling fast to a faraway destination can be possible soon.  Let us figure out what exactly Nevomo creates.

You may have heard of hyperloop. It is an innovative passenger and freight rail system that works in a vacuum environment, which means that it works at a very high speed – up to 1200 km/h. Moreover, during its movement, it has no contact with the ground. What Nevomo is developing is a magrail, a magnetic rail technology that operates up to 300 km/h – 450 km/h on existing road rails. One day, it may become a hyper rail whose speed is an impressive 600 km/h on regular lines and 1000 km/h on High-Speed Lines. The final rail version is the fastest one – a vacuum railway, or a hyperloop, though it requires a distinctive infrastructure. Still, the first steps to realize their ambitious goal have been taken Nevomo’s strategic partner is Transfer Multisort Elektronik, and it has additional support in the face of global railway players, like train manufacturers, infrastructure designers, IT and telecompanies. For instance, Microsoft, IDOM Consulting, Engineering, Architecture, TWERD Power Electronics Ltd., JMR Technologies, and more.

Interestingly, recently the company went through a rebranding. Earlier, it was known as  Hyper Poland, but due to the company’s long-term business strategy, a name change was needed. “We want to reach new markets, take advantage of new opportunities and constantly expand the network of partners interested in magrail technology, regardless of the territorial scope of our current work,” said Nevomo’s CEO, Przemysław Pączek to ITKeyMedia. “The name Nevomo is supposed to bring to mind associations with “new mobility”, speed and technology that will be used to revolutionize conventional rail,” he adds. 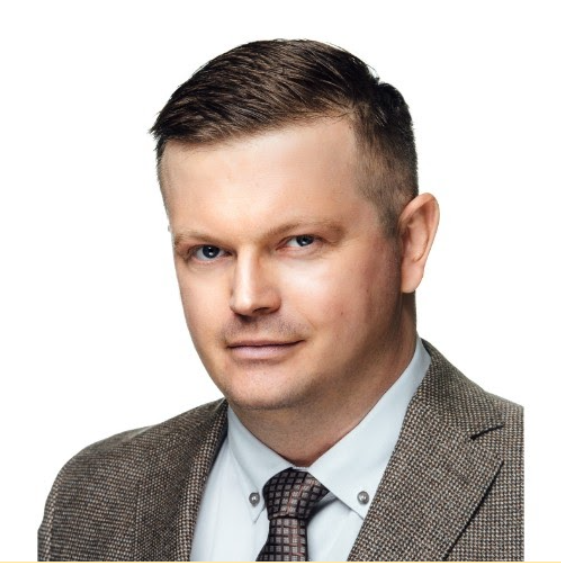 Rebranding is a way to meet the demands

Indeed, “rebranding should refresh the company both outside and inside”, said Greta Gryz, a marketing manager at nixa.io, and a growth consultant at Bite Strategies. “Employees might feel more proud when the brand is more modern or more suited to their values than before. Clients on the other hand should get the feeling that was intended when the rebranding was planned – whether it was making the brand more fun, more professional, more tech, or less old school.” She says that a good rebranding results in increased traffic on companies’ channels. “We can also tell that if the introduction of a new brand goes as planned the brand awareness and sentiment grow stronger after a while even if they weren’t high before the rebranding process,” adds Gryz.

There are many reasons to rebrand a company. As Gryz says, it might be an acquisition process or a merger, or many companies have grown, so they need to meet the demand when it comes to making business in the international market.  One more reason is to erase past mistakes.

Nevomo’s project gives big hopes.  Its team was among the finalists in Build Earth Live Dubai in 2016 and the SpaceX Hyperloop Pod Competition in 2017. In 2019 Lufthansa Innovation Hub classified the Nevomo team among 150 top mobility startups, and in 2020 the BUILD magazine awarded it as the Most Innovative Railway Construction Company in Europe. Currently, there are four members, each of which specializes in different spheres, like business and fundraising, urban planning, aerodynamics and control systems, design and building infrastructure. Additionally, the company team has an advisory board that is composed of Polish and international experts in logistics. For now, Nevomo is the first company aimed to upgrade the railway industry.

The first step Nevomo offers is to digitize existing railways. The aim is to modernize the railway tracks by installing a linear motor between the existing rails and mounting levitation plates on the sides of the tracks. The new transport, as the Nevomo team believes, can improve social development and contribute to economic growth, especially in developed countries. Also, advanced technology will decrease air pollution, road congestion, and the number of accidents. Nevomo plans to complete the construction of the vehicle and the first full-scale track by mid-2021. As Przemysław Pączek, told ITKeyMedia, the first operating magrail route will be deployed in Europe. “We are in direct contact with a few Western European railway infrastructure managers, which expressed their interest in our technology and are watching our development. Details of the first deployment will all depend on the purchasing party, their vision, and strategy,” he adds. The main goal is to work on the global market.

Nevomo has support for the development from various companies

Although Nevomo is a private company and is financially supported by investors’ contributions and grants, the biggest grant was given by the National Center from Research and Development (NCBiR), which is the Polish Government’s agency. 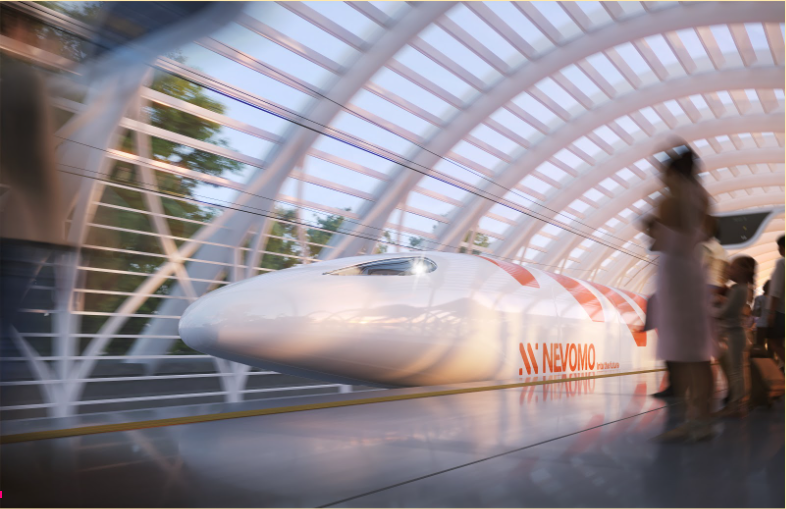 Currently, the three major elements Nevomo is working on are propulsion, suspension, and control system which will help to modernize the conventional railway system. The reason why Nevomo has chosen a gradual upgrade of the railway system rather than creating a hyperloop is that there is no need to create a new railway infrastructure. Przemysław Pączek said to ITKey.Media that it needs a generational upgrade to fulfill the new, 21st century, requirements regarding seamless, fast, and safe traveling. He added, “„Pure” hyperloop requires the purchase of ground, both for line infrastructure and for stations. Especially stations will become an issue, as it is extremely complicated and/or costly to develop new stations in dense city centers, and to reach them by big tubes.”

Moreover, taking into account the current pandemic situation, it is becoming tough to realize the plans.  Przemysław Pączek admits that there are operational issues, like delays in delivery materials, or money issues which are crucial for the development of such advanced technology.  Nevertheless, the company’s key mission is “to develop a new generation of high-speed and zero-emission transport.”