The post was originally published in Russian on Startup of the Day. Alexander kindly agreed to republish what we think is of great value to our readers.

I already wrote about Roblox #startupoftheday, but then the company announced an IPO – you can’t help but write again.

The essence of the service has not changed in a year, for those who know them – skip two paragraphs. Roblox is still a platform for making and playing children’s games. The visual component is set from the beginning – a kind of a mix between Lego and Minecraft, and the adventures are created by users. Even a teenager can create a new game through the built-in editor. The best, of course, are made by professionals. The system ensures the unity of the avatar, virtual account and friends list; and thousands of developers – a variety of content, which is available at Mod Menuz for those who want to play a variety of mods. For my taste, they are all the same monotonous, but who my taste soars, children like.

Monetization is naturally freemium. Formally, everything is free, but the player pays for goodies for the character in local currency. It can also be obtained within the game, but faster and easier using a parental credit card. Game developers receive a significant share of the revenue.

The news of the day is the IPO. I will copy the overview of numbers from the prospectus from the editorial of vc.ru, evaluate the level of modern journalism. And this is not a Russian problem, Techcrunch wrote in the same way

End of quote. I will repeat for the maestro: losses – 200 million, cash flow – plus 300 million. The company is unprofitable, but it earns more than it spends. And the difference between the two methods of accounting is not a penny, but half a billion dollars over three quarters. And there are no additional comments. The authors of the articles do not notice the contradiction. If the reader sees any inconsistency, it is his problem.

The trick is as follows. At the moment when the player bought the local currency, Roblox received the money, but according to the financial accounting rules, this is not revenue yet, but an “advance”, the service has not been provided yet. In reporting, Roblox spreads this income on a monthly basis for two years in advance, and in current revenue, accordingly, takes into account receipts from two previous years.

A stable company would not have had any difference from all this arithmetic, they added the past, subtracted the present, the amount did not change. But Roblox is growing like crazy. The old receipts taken into account now are small, and the current ones transferred to the future are large, and this is the difference. And the greater the growth, the greater the difference, now in 9 months the company received 1.2 billion in cash and recorded 600 million in revenue. Magic!

In general, “really” Roblox is damn profitable, their loss is purely on paper, which does not matter to anyone except the accounting department. Do not read financial documents in the press (I emphasize again – in a foreign one, too, do not need it). Moreover, before the IPO, this confusion and the phrase about losses will also affect the behavior of mass investors. Robinhood users read Techcrunch, buy fewer Roblox shares, and this will make everyone worse off.

And so as not to end on a sad note. The most curious fact from the Roblox reporting: 1/3 of their audience lives in the USA and Canada, and 2/3 of their revenue comes from them. An American child is 4 times more profitable than a non-American one. 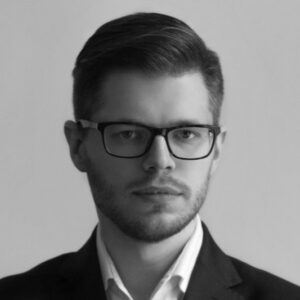 “Recent news about Roblox IPO sparked a lot of new discussions about the opportunities in financing production and development of video games. What we see is a rising interest in gaming companies from both private and institutional investors hoping to realize non-standard rates of return because of rapid growth of the gaming market. For example Warsaw Stock Exchange in Poland is a home to a world record number of video game companies, with 49 of them publicly listed. Among them is a bright star of CD Projekt Red, creators of Cyberpunk 2077, who in the middle of 2020 reached a market cap of 8,4 bn EUR, surpassing that of Ubisoft (8,38 bn EUR). All over the world video game developers decide on an IPO to finance their plans and secure enough funding to work on the games without obstacles. That is in fact a good compromise between crowdfunding and finding a publisher, where raising money in subsequent rounds is not that easy as in the case of the stock market”

Alexander made his career in Russian internet companies including Mail.Ru, Rambler, RBC.  From 2016 to 2018 he was Chief Strategy and Analytics officer in Mail.Ru Group. In this position, he worked on M&A, investments, and new project launches. In 2018 he became Deputy CEO in Citymobil, a Russian Uber-like company that was invested by Mail.Ru Group and Sberbank (the biggest Russian bank), then he left the company to launch his own projects.  Now Alexander is a co-founder of United Investors – the platform for co-investments in Russian early-stage startups. His blog #startupoftheday (#стартапдня) is one of the most popular blogs about startups in Russia.