You are at:Home»CEE Startups»Symmetrical Works Towards Fairer and More Flexible Salaries

There are a vast number of emerging technologies, a seemingly endless stream of promising new additions to the fields of telecommunication, automation, robotics, machine learning, energy, and the broader applied sciences in general.

Things have become so granular and rapid, so interdisciplinary, that making accurate predictions from year to year is becoming an increasingly daunting task.

At least partially due to this, something that tends to be overlooked technology-wise is technology relating to the average worker. It’s easy to look at the impending automation revolution and throw one’s hands into the air, proclaiming “I guess we’ll just see what happens in 5 years”.

But there are very real problems to be solved in the meantime, particularly those having to do with the average worker.

One company that has a particularly brilliant solution to the Monthly Pay Cycle is the Warsaw/London-based Symmetrical.

Most truly, some of the big companies offer some sort of bi-weekly salary scheme, but the vast majority of employers don’t. In their marketing material, Symmetrical makes a pretty compelling case for why that’s a huge problem for both employers and employees, though you probably don’t need statistics to come to the conclusion that yes, being paid once a month is not ideal at best and outdated at worst.

Symmetrical acts as the middle man between your company’s payroll and your bank account. It allows your company to push your monthly salary earlier.

A particularly pertinent question, however, is one of further automation and its potential impact on near-future job security. 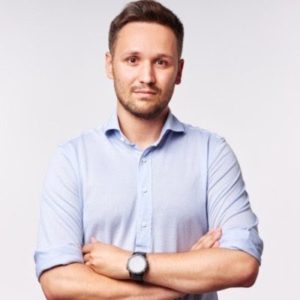 “Automation is nothing new”, assures us company CEO Piotr Smolen, who seems optimistic:

“Because of further automation, the nature of work will change, people will migrate from simple production & back-office functions more into customer service jobs and human-level services which cannot be automated. So we expect the supply of working-class people will be the same globally.

On the other hand, we believe that the automation trend is directly responsible for growing  income inequality and the creation of the low-savings level middle class, this trend will drive demand for Symmetrical services.”

They’re not just a finance company, either. As Piotr explains to ITKeyMedia, Symmetrical’s solution is modern, flexible, and scalable. The end game here is affordable, automatic payments.

The company has already raised a total of €5.6 million with help from  Global Founders Capital, Partech, Finch Capital, Market One Capital, and Plug and Play, allowing them to hire new talent, increase the scope of their strategy, and confidently participate in the global conversation by meeting new clients.

Symmetrical is already working with 20+ enterprise clients and over 100,000 individual employees. 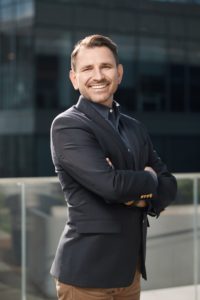 “We see 8% to over 50% adoption rate among employees. We have a few thousand active users every month.” Maciej Noga, co-founder of Symmetrical and Grupa Pracuj (currently chairman of the Supervisory Board) told ITKeyMedia

We also reached out to Jacek Łubiński, the Principal of one of their more recent investors, the aforementioned Market One Capital, to ask why they chose to support Symmetrical.

In their manifesto, Symmetrical mention Uber, Airbnb, and Google as being majorly disruptive, but it bears mention that neither one of them was the first at what they did. Is the Polish company really comparable? 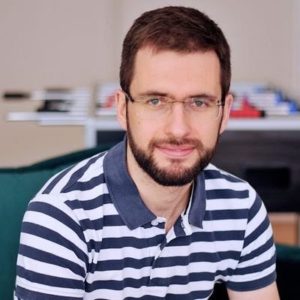 Jacek Łubiński is genuinely enthusiastic about the company: “Symmetrical’s vision of building a next-generation transparent and efficient architecture of financial industry allowing customers to get access to cheap, ethical financial products is exactly the kind of Big Hairy Audacious Goal we look for in startups.”

Market One Capital has been supporting the then-fledgling company since early 2019, before their official product launch. Among the numerous reasons for backing them up, he cites the potential to help out millions of people who might benefit from this more flexible payment model.

When asked how soon we might see the adoption of Symmetrical’s business model, Łubiński told ITKeyMedia:

“With the latest investment, Symmetrical received capital to be used for further product development as well as strengthening their business development and international expansion efforts. I’m convinced we will be hearing about Symmetrical more and more for all the good reasons.”

Whatever the future holds for the company remains to be seen, but the most successful startups tend to be the ones that solve the oldest problems, and Symmetrical definitely does that. Throw in an ambitious and forward-thinking team and multiple interested parties and investors, and Symmetrical is absolutely one of the companies to watch in the coming months and years.