Advanced technology today can provide a solution for at least a part of the infertility issue – the male side. The Lithuanian startup Ferterex has developed a patent-pending at-home treatment device for men which increases sperm quality and testosterone levels. It is unique in the market and works with the help of PBMT (Photo Bio Modulation Therapy) technologies. Ferterex participated in the 100 Wolves Pitching Contest in June 2020 – the event that saw 104 international startups competing for the main prize of €50,000. The company managed to advance to the finals, being one of 8 startups to achieve that, and also got the Medtech award.

In an interview with ITKeyMedia, Ferterex‘s founder and CEO Maris Belte says he started working with low-level laser therapy (LLLT) as a doctor and found out the method is safe and might be used in a lot of indications – back pain, injuries, wounds, ulcers, herpes and so on. After developing his first home therapy device – Bamboo Laser, sold by his company EkoMed, he understood that this type of soft laser had problems for positioning in the market and decided to focus on the Ferterex project.

” It was born out of my experience in phototherapy. I have explored new niches with high potency for PBMT and decided to focus on the male reproductive health”, he tells ITKeyMedia. 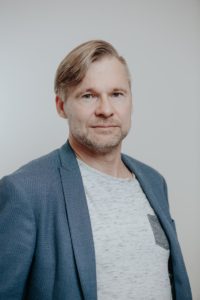 The technology is based on the following: monochromatic light waves emitted from the device helps to induce energy- ATF production in cells which improves secretive gland work and overall energy levels in sperm cells. As a result, there is an increase in the testosterone levels, improved sperm motility, and raised count of normal forms of sperm cells rises. The device is recommended for men who seek optimal sperm performance, but who want to avoid the high cost and discomfort of clinical treatments.

According to Belte, the first effects should be in 2 to 3 months but it might take up to half a year. “Of course we can go longer. It is important to understand that approach should be complex”, he says. Appart of FertereX applications as physical therapy highly recommended are also specific multivitamins with antioxidants and some herbals, physical exercises, stress management, good sleep, cold rinses, and so on. This is needed because PBMT induces protein biosynthesis and for it, the patient needs amino acids and other ingredients. “Skeptics say that it is hard to estimate if the result is due to Ferterex or due to other things. My answer is 2+2 = 5 or even more in this case”, comments Belte. However, the startup has not done big studies with FertereX yet and doesn’t know what the success rate is. “But even if FertereX could help a few couples to avoid In-vitro fertilization, it would be huge savings. And it’s not about just money although average expenses are 20 000 EUR per couple in the EU. It’s also a huge psychological and health risk savings for women. In vitro fertilization is quite unpleasant and might be a harmful procedure. Why a woman has to suffer if the problem is on the man`s side. It’s not fair”, says Belte. 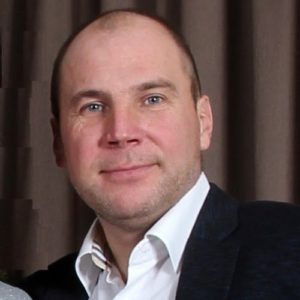 Although according to Belte the method is safe, it raises skepticism. For now, there isn’t any study proving results so the exact success rate and optimal treatment regime still are under question. The startup needs funding to make them and to have the device in official guidelines for infertility treatment with eventual reimbursement. This is the main goal for the startup for now. “It would be our big success. Another scenario is the device becomes well accepted by users as a testosterone booster”, comments Belte. In general, testosterone boosting supplements (see www.steelsupplements.com/ to find out more) are an efficient way to boost hormone levels. This can be extremely useful for people mainly in the bodybuilding profession who would need to have bigger muscles. That said, the startup has just started its production and it’s early to say about its effectiveness in clinics. According to the founder, doctors are keen to try it, because “there is nothing specific to improve sperm quality”.

Professor Chavdar Slavov, who is the head of the Clinic of Urology at Alexandrovska Hospital in Bulgaria and a member of many international scientific organizations like AUA, EUA, SIU, BUD, and others, comments for ITKeyMedia that the used technology has a place in clinical practice as it belongs to the so-called low-energy lasers. However, according to him, there is still insufficient information about their effect on spermatogenesis. He adds that the clinic has not yet worked with such technology. “Before entering the market, such a device should be certified”, he tells ITKeyMedia.

Dr. Paweł Radwan who is specialist in gynecology and obstetrics and specialist in gynecological endrocrinology at Gameta clinic shares a similar opinion. The reason is there are no reliable large, appropriately designed case-control studies, which prove that kind of devices improves sperm parameters and fertility. ” Unfortunately, so far no one has managed to register a drug that increases male fertility. In the case of the so-called male factor, the treatment of choice is most often highly advanced procedures of assisted procreation like intrauterine insemination, in vitro fertilization. It is, however, often desperate patients who want to use all available methods”, he tells ITKeyMedia. And adds that at the present stage he would not commission the technology except for a possible medical experiment after analyzing its safety and obtaining appropriate approvals.

Still, the startup had its pilot study in collaboration with Riga Stradins University and IVF clinic Riga. The considered results were for the improvement of main sperm parameters – motility, count, and morphology. “One guy with morphology below 4%, had problems getting his wife pregnant. After the study, his morphology reached 6% and he has a daughter born on the 1st of June this year. In actual fact, I started my early experiments with FertereX at the end of 2017, and the first boy was born in 2018 – also 1st of June – International children’s day”, says the founder.

Anina Santova is a journalist from Bulgaria, focused on the last trends in technology. She is interested in the Internet of things, 5G and telecoms, proptech, and also specialized in writing about Sofia city problems and city innovations.