You are at:Home»CEE Investors»Totalizator Sportowy and Partners Create New Fund For Polish Startups

The news of this partnership broke on December 2nd and while not the first gambling company to take the plunge to finance, it’s still a pioneering and commendable step in the right direction in a trend that’s likely to see wider adoption down the line.

That decision isn’t unwarranted, either, as Poland is quickly becoming one of Europe’s most dynamic and fastest-growing tech hubs.

The main question is, what would Totalizator Sportowy and its partners be looking for in a tech startup?

A spokesperson for the company provides the answer.

On top of directly financing promising Polish startups, the gambling giant believes its partnership with ffVC will also open doors to the US market. It’s a very unique proposition and one that’s sure to give results.

NCBR, who has participated in numerous VC projects, including Bridge VC, is also interested in technologies that will eventually lead to new R&D that will feed back into the economy. They’ve already donated nearly PLN 900 million, looking to lend their expertise to the project. Their words echo their partners’ sentiment, too, as their focus on innovation and tackling challenging problems is at the forefront of their mission statement. 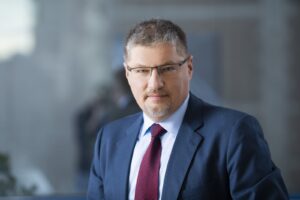 Przemysław Kurczewski, deputy director of the National Center for Research and Development

“We are introducing a new CVC fund to the Polish market aimed at the gaming, artificial intelligence and cybersecurity industries,” Tells us Przemysław Kurczewski, deputy director of the National Center for Research and Development, “which – as we can see in our other programs and initiatives – very effectively absorb support for R&D, turning them into products with potential for international commercialization. The new fund is another opportunity to diversify startup support depending on the degree of business maturity of their ideas.“

With such a diversity of support in mind, we have created a whole family of BRIdge programs, including . We have already donated nearly PLN 900 million to the Polish startup community in these financial instruments. This shows both the scale of our joint activities and the needs of the market, which will be met by a new strong player from today”. 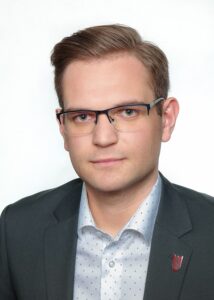 This is already a very well-rounded team of participants, but it is further augmented with the involvement of PFR Ventures. Michał Kautsch, Investment Associate at PFR Ventures, had this to say regarding Poland’s future business prospects:

“Compared to the CEE region, Poland looks very attractive. We have the most financing rounds, and there is also a relatively large amount of capital. We still lack the so-called unicorn (companies valued at $ 1 billion). This would shed a better light on our market and give opportunities to increase exposure to international investors. Against the background of countries such as France, Germany and the UK, we are still average. We believe that the presence of teams with international experience such as ffVC will bring us closer to these markets.”

Whenever business is booming, there’s always the risk of foreign interests attempting to step in and funnel technologies and finances away from the environment that facilitated their initial conception and subsequent proliferation.

What Totalizator Sportowy, NCBR, PFR Ventures, and ff Venture Capital have done here is set a precedent for future investors, at least in the CEE region.

There is an inherent merit in building up local entrepreneurs and businesses and ensuring their growth.

Sooner or later, a company’s expansion is only as viable as the environment in which it operates. Investing in Poland as a technological leader is an intrepid and exciting move, but it also makes perfect business sense. Over the course of the last decade, Poland has shown itself to be a bold, bountiful wildcard in the tech world.

What comes after this is anyone’s guess, but Totalizator Sportowy’s announcement just adds to the excitement.