You are at:Home»CEE News»Treblle’s API Solution Gets the Recognition It Deserves With a €1.2M Investment

APIs are the future. Of what? Of pretty much everything.

All of us at ITKeyMedia are focused on AI, FinTech, MedTech, IoT, VR, and everything else that comes with covering emerging tech – and most of them use APIs in one way or another.

There’s a ton of them out there, and all of them need to be managed. But how do you manage them?

Well, a brand new option is Croatia’s very own Treblle, which I insist on pronouncing “treb-luh-luh”.

So how does it work? The company’s CEO, Vedran Cindrić, provides an answer. 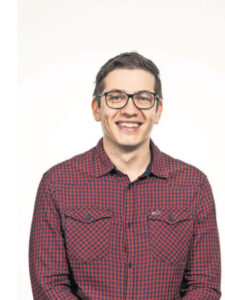 “When you think about the API life cycle from start to finish it involves a lot of development but even more debugging, providing integration support, writing/updating documentation, analyzing things and testing. If you are doing that manually as a developer or a team it simply doesn’t scale. Developers should be spending their time developing and not doing a million other things.

That is where Treblle jumps in. Out of the box we give you real time monitoring and logging, automatically generated documentation, 1 click testing, error reporting and more.”

Treblle is remarkably feature-rich for only being around for a little over a year and a half. Essentially, you add a couple lines of code to your API, and that’s it. Treblle can now stay on top of your API and monitor anything you need it to. The platform currently supports PHP, Laravel, and Node.js, with support for Ruby on Rails, Microsoft’s .NET framework, and Python coming some time in the near future.

“Most apps nowadays control the majority of features via their API so the JSON responses are complicated and long hence almost everyone doing apps is excited about Treblle. The number one thing we had to figure out was speed and performance. Because our SDKs sit on top of APIs built by others they have to be developed in a way where they don’t impact the performance of that API.”

According to Vedran, the team at Treblle has done a ton of work on optimizing the entire stack –  everything from the code in the SDKs to the way requests are handled, and more. Another issue they’re tackling is documentation.

“We are very proud of the fact that we’ve been able to produce real and meaningful documentation for the vast majority of API but we are not done yet and we are still improving.”

Recently, the company earned €1.2M in funding from investor Nauta Capital, and Vedran already knows what they’re going towards.

“The first thing you can expect is that we finish building our product and officially launch it in the next few months. We are also working on multiple new features including a universal MacOS/iOS/iPadOS which will in my mind change the way you manage API. We will continue our push to understand the models returned by APIs and use that to offer new solutions like instant mock servers and similar.

As for the investor, getting that amount from a singular source implies a high level of confidence in the product. Nauta Capital Venture Partner Pratima Aiygari explains why. 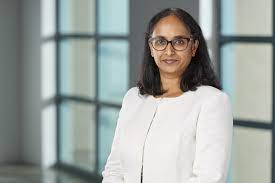 “The team has created a solution for one of the top three problems in the API market. Their vision is to build a business that is at the forefront of the API-led digital revolution, and we are excited to support Treblle in that journey.”

So there you have it. A classic case of finding a problem and solving it by providing tools and technology that outclass a lot of what’s out there. But Treblle is head-spinningly ambitious. It’s comparatively rare to see a company this young move this fast and have such a solid framework and clear vision. Treblle aren’t hitting the road running as much as they are paving the road ahead. And with this recent investment, I can’t imagine a reason why they would stop any time soon.

I just wish I knew what “API” stood for.