You are at:Home»Opinions»Two Worlds of Venture by Geri Kirilova

The post was originally published Laconia website. Geri kindly agreed to republish what we think is of great value to our readers.

Over the weekend, I tweeted offhand about my frustration with the buzz around early stage venture rounds these days: there’s so much discussion of companies raising lots of money very quickly, when my observed reality from speaking with dozens of seed & pre-seed founders per week is the exact opposite:

This observation struck a nerve, both publicly and privately. Aside from sharing that they felt seen, lots of founders also reached out to me to ask why this is happening, so I thought I’d share some thoughts on the topic.

The notion that some founders raise money more easily than others is not a new phenomenon in and of itself. Fundamentally, if you are not able to close an investor (whether they’re an institutional fund or an individual angel investor) there is only one reason: they don’t trust you yet, and they don’t believe that you will build a venture-scale company. This is the objection that you have to overcome.

So, how do investors build trust & belief? At later stages (e.g. growth equity), investors typically have somewhat objective criteria and some amount of data to leverage such as revenue, growth rates, cohort retention, customer references, etc. They have some evidence that you have, at least in part, achieved what you had set out to achieve earlier in the life cycle of the business (though there’s probably a fair amount of voodoo and vibes at play here, too).

At the early stages (pre-seed, seed, and in some cases, Series A), I’m afraid most people will not like this answer: given the lack of data on the business itself, investors place an extremely heavy emphasis on the founder & the story they’re telling.

I know this is frustrating to many people, in part because it is so subjective and unspecific. How do investors determine if they “trust” and “believe” the “founder” and the “story”?

Your mileage may vary depending on the investor, but here are my observations on what venture investors frequently prioritize in making these judgments, in order of importance:

At the risk of beating a dead horse, I can’t help highlighting that the heavy reliance on 1-3 above is a major driving factor for the homogeneity of VC-backed startup founders, given that historically, prominent elite institutions skew demographically toward those who are white, male, and wealthy. If you’ve ever heard the saying that underrepresented founders have to be twice as good to get half as much, this is why: without the advantage of circumstantial privilege & long-standing personal relationships, undeniable performance (#4) is often their only way to get investors over the trust & belief hurdles.

(Slight aside: You might be thinking, aren’t VCs supposed to be risk-takers? And who’s to say that funding ex-Ivy League, ex-unicorn founders will even result in good returns?!? Not to defend VCs’ reliance on elitism, but this is as good a time as any for a reminder that VCs are fiduciaries managing other people’s money. They have convinced numerous people & institutions to entrust them with a pool of capital to deploy into an undetermined portfolio of high-risk companies. So at minimum, VCs generally need some amount of plausible deniability that they’re not recklessly flinging cash … even though the more we go down this rabbit hole, the less that sounds like a bad idea … )

Alas, back to reality. This is the current state of venture investing. If you are a founder who is not already buddies with tons of GPs or an obvious fit for VCs’ “pattern matching”, what do you do?

But Geri, isn’t there so much more capital out there now than there was before? I keep hearing that capital is cheaper than ever, yields are low, funds are huge, and money needs a place to go, so shouldn’t it be easier to raise now?

This line of logic is conflating multiple things. Yes, there is more venture capital to be deployed, but the distribution of this capital is by no means evenly distributed. All the data I’ve seen shows that at a fund level, this capital is disproportionately concentrated in a relatively small number of very large funds, which does not bode well for founders who are raising their earliest rounds and/or not well connected within the relatively insular ecosystem benefiting most from this boon. The fact that an “in network” founder who could easily raise $1M pre-product ten years ago could probably raise $10M pre-product now thanks to the influx of new capital does not necessarily mean that an “out of network” founder who struggled to raise $500K ten years ago would have any easier of a time now. If anything, the widening of the barbell makes it even harder, as “in network” competitors consolidate war chests faster than ever before. This acceleration does not mean the first-movers will ultimately win, but it can certainly make underdogs’ early fundraising efforts harder in the meantime.

Of course, there is only so much that founders can do to overcome these structural barriers. I recognize that many investors, especially those writing bigger checks, do not necessarily have a goal of identifying opportunities that don’t fit the typical mold at the earlier stages, rather than “chasing hot deals”. But for those who do have this goal, the onus is on us to change our processes:

Ultimately, the data will show if we’re making any meaningful progress. If 2020 was any indication, in times of uncertainty, VCs double down on their existing networks rather than expanding their reach (e.g. here and here). We have 9 months left in 2021 to move forward instead.

If you’re still with me, thanks for reading! As always, I’m at geri@laconia.vc and geri_kirilova on the dreaded bird site. 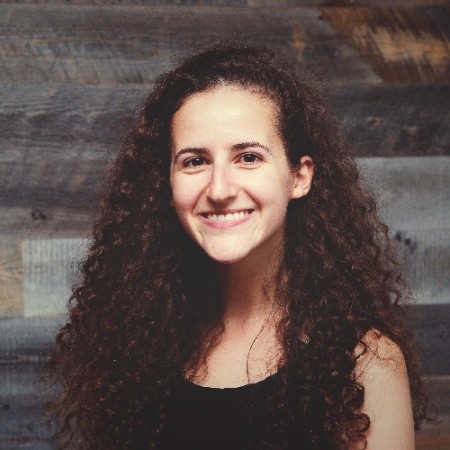 Geri Kirilova is a Partner at Laconia. Prior to joining Laconia, Geri was a Business Associate at Techstars Internet-of-Things program, where she facilitated program operations and worked directly with ten portfolio companies on customer acquisition, growth strategy, fundraising, business development, and messaging and storytelling. As an operator, Geri managed a branch of Kweller Prep, a boutique educational services firm, leading hiring, training, sales, program management, client relations, and curriculum development. She is a graduate of New York University Stern School of Business, and holds a BS in Business with specializations in Information Systems and Management.

A lifelong New Yorker dragged over from Bulgaria, Geri began her venture capital career in Central and Eastern Europe at LAUNCHub in Sofia and Credo Ventures in Prague. By no means a pop culture savant, Geri counterbalances Jeffrey as Laconia’s resident Baby Boomer at heart