You are at:Home»Events»XV Edition of Telecom and Media World Symposium

On 25 and 26th of March 2015, at The Westin Hotel in Warsaw was held one of the biggest events in the telecommunication and media agencies – XV Edition of Telecommunications and Media World Symposium

The Symposium is a cyclical event that has gained the title of a critical meeting of the two markets: telecom and media. Every year, it brings together people who have a significant influence on the development of the above mentioned sectors: CEOs of leading companies operating in these markets, solution vendors, representatives of public administration, and technology providers. Previous editions of the event show that it has become a unique platform for discussion as the participants exchange their thoughts and opinions about the most significant changes occurring in the market, analyze new trends, build new business models, and also implement the strategies. 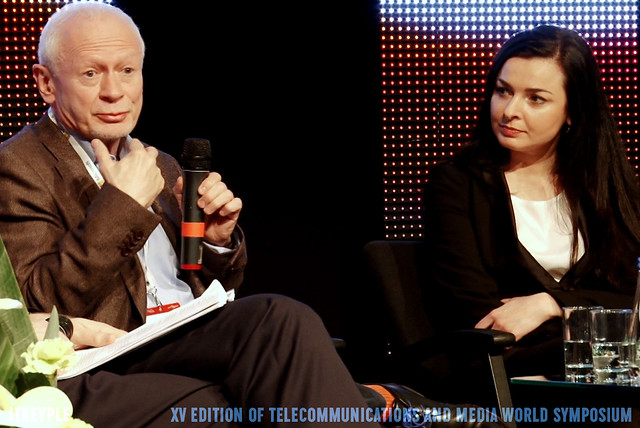 Inauguration of the conference was held by Magdalena Gaj, President of the Office of Electronic Communications, who highlighted the regulatory strategy implemented in the period from 2012 until 2015. Her presentation allowed for a smooth transition into the first panel.

Debates of the first day of the symposium covered the future shape of the European telecommunications and media market in terms of business models, trends, and regulations.  The panelists, including –  Bogdan Dombrowski, Under-Secretary of State, Ministry of Administration and Digitization of Poland, Juliusz Braun, President of the Management Board, TVP, Adam Sawicki, President of the Management Board, Netia, and Andrzej Lewiński, Inspector General for the Protection of Personal Data – tried to address the following questions:  Which of today’s experiments will translate into future market success? Does the new law build cooperation or increases competition? Are there limits of cross-selling at telecommunication companies?

No question remained unanswered during the second day that focused on Content, new media, and advertising market. The panelists discussed the evolution of access to TV content from the point of view of the offer and access channels, the consequences of growing price war on the advertising market and mobile applications phenomenon.

Like every year, this edition of the Symposium was complemented by the Grand Gala, the purpose of which is to award people who contributed to the development of the telecom and media sectors in Poland. The Crystal and Golden Antennas are awarded in a couple of categories, including Person of the Year, Company of the Year, Event of the Year, Product of the Year, and more.