You are at:Home»CEE Startups»After a 1.2 mln EUR Seed Round, Croatian AI Startup Mindsmiths Is Looking for Series A in 2023

Mislav Malenica, founder and CEO of Mindsmiths, says that, after working with a limited number of clients, they now are ready to enter the world of autonomous systems. “We are still in closed beta, but with this investment, we want to put our technology in the hands of more companies, to acquire more feedback and improve it. In 18 months, we would like to raise Series A, and by then, our path to scaling should be clear”, he declared for ITKeyMedia.

Looking even further, Malenica hints his preferred exit strategy would be an IPO (Initial Public Offering (IPO) or stock launch – editor’s note). “But we are open to other ideas as well. We started Mindsmiths because we need this kind of platform to exist, and we will do what is necessary to make sure it happens”, he added.

The World of Autonomy and Its Many Implications

So what real-world applications does Mindsmiths’ technology make possible?

According to the startup, hospitals are already using Mindsmiths platforms to take care of chronic patients outside of the hospital setting, including offering advice on which medicine to take; schools can offer proactive support and guidance to students, by suggesting which classes to attend; and banks are building autonomous support systems to help clients make the most of their money.

“The keyword is «prevention»”, says Malenica. “It is finally possible. Every person should have assistance from autonomous support systems that helps them make better decisions on topics such as staying healthy, improving their talents, being a better parent, and generally enjoying life.” 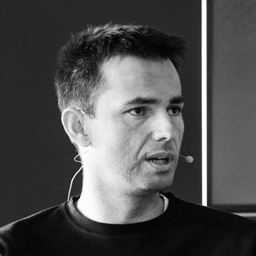 We do not want to humanise autonomous systems. Machines should not pretend they are humans. We see autonomous support systems as a form of digital life, and we would like to explore the most authentic ways of how they’ll fit in the world of humans.

Such autonomous support systems (which we believe should not be abbreviated in English – editor’s note) become possible by connecting various digital systems and the Mindsmiths development framework. The startup claims autonomy can be achieved within a matter of weeks, regardless of the starting point.

Traditionally, developing autonomous systems was an expensive and complex process, requiring engineering and social sciences know-how, as well as vast amounts of time and resources, which made it available for only a few large tech companies. Mindsmiths wants to change the playing field and put the necessary toolkit into the hands of almost* anyone capable of using it.

“We want to position ourselves as a go-to tool for anyone who wants to harness the power of autonomy. We are not a no-code/ low-code platform, and we do not intend to become one. We want to become a tool developers are adding to their tech stack because they know that if they master it, they will be limited only by their imagination”, explained Malenica.

* Why ‘almost’? Quoting from the Mindmisths website, which essentially quotes Spiderman: “Although we believe that autonomous support systems will change the world, we also think that such great power needs to be accompanied by even greater responsibility”. Indeed, fully autonomous systems are perceived with reluctance and institutions and companies alike are advocating for safeguards to make sure the technology will not end up causing harm.

How will people be convinced to trust in AI, especially when it comes to matters related to health or money? “AI can be used to shape people’s perception of themselves and of the world in a dangerous way. That is the biggest problem”, stresses Malenica, adding that it is true that any tool can be misused – education and oversight currently being the only ‘countermeasures’.

After receiving the social impact fund investment, Mindsmiths accepted that one of their main KPIs (Key Performance Indicators – editor’s note) would be the impact on the United Nations’ sustainable development goals, a collection of 17 linked goals to be achieved by 2030. “We regularly monitor and report on that”, said Mindsmiths’ CEO. 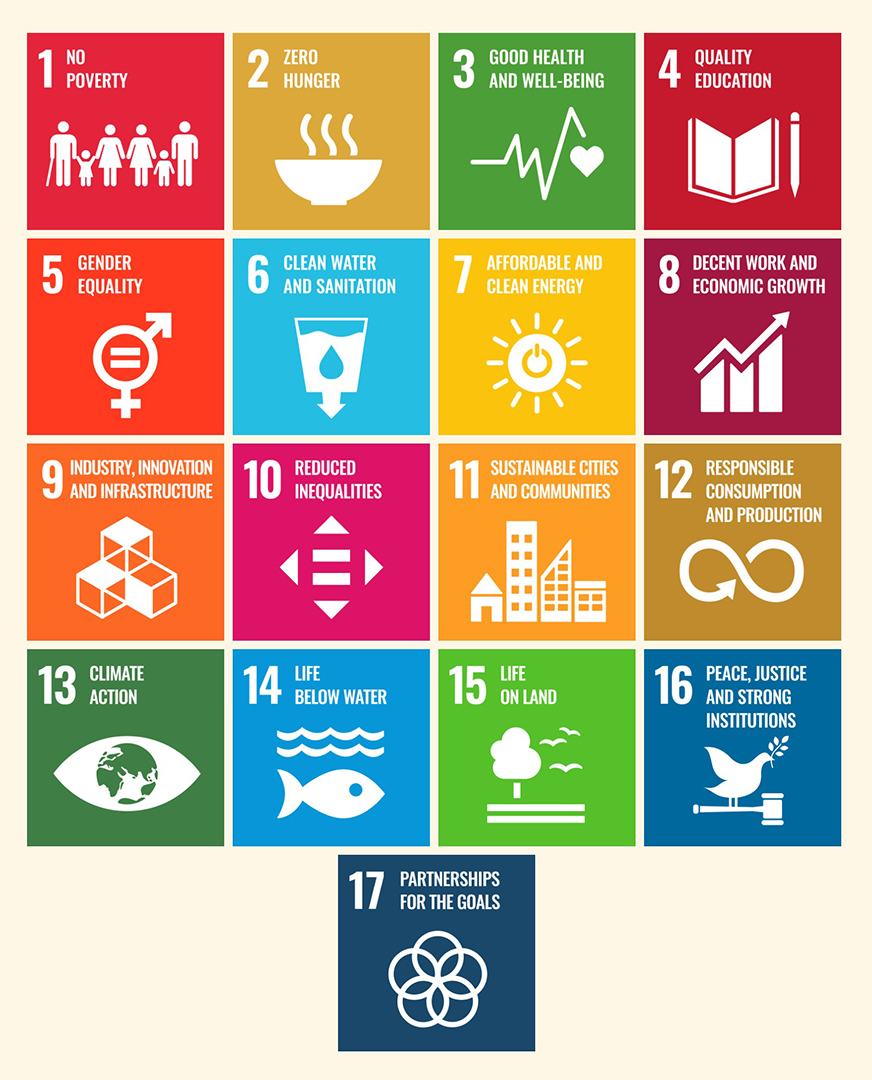 The startup also follows the European Union‘s (EU) guidelines on trustworthy AI and Malenica wants to make it clear that any applications that use people’s data against them will not be eligible.

The EU and AI

In April 2021, the European Commission, the executive branch of the EU published a ‘package’ on Artificial Intelligence, seeking to lay down a set of harmonised rules and legislation. The main areas of interest for the Union – law enforcement, border management, migration and asylum – are particularly sensitive and shadowed by a difficult-to-answer question: ‘What is the right balance between technology and data protection, fundamental rights and privacy?’

Initially started in 2018 and updated in 2021, the Commission’s plan focuses on funding networks of AI centres of excellence and to set up a European Partnership on AI, Data and Robotics under the Horizon Europe research project. The proposal also proposes restrictions on the use of remote biometric identification systems and, based on a proportionate risk-based approach, breaks down AI applications/ systems into the following categories:

EU Institutions claim that humans have biases, and so will the algorithms created by them, however there are a number of measures that can be taken in order to reduce those biases:

Similar to the field of data protection and GDPR, the European Data Protection Supervisor (EDPS) will act as the market surveillance authority, having the right to impose administrative fines on EU Institutions for infringements or non-compliance.

“What the EU is doing is super important”, emphasises Malenica, adding that guidelines for the responsible development of AI are a must. “The only problem I see is that the perspective of startups who are vehicles of AI innovation is underrepresented. That is something we need to change if we want the EU to create good conditions for innovators.”

The Mindsmiths framework is a SaaS platform (Software-as-a-Service, subscription-based – editor’s note). Though Malenica did not disclose information about the pricing model, he did offer some insights into financials: “We are not profitable at the moment, although we probably could be. We want to focus on growth, and we will postpone thinking about profitability for some other time”, he explained.

The startup currently has “a small number” of clients, activating in education, banking, retail, and healthcare. Malenica’s goal is to quadruple that number by the end of 2022 and create “a clear path for scaling”.

Mindsmiths has 20 employees and is always looking to hire, looking for people “who can bring new DNA to Mindsmiths”, according to its CEO, who stresses the importance of the humanities – 40% of the team is made up of sociologists, psychologists, journalists, economists, and designers. “We believe that the coolest things come from environments with a lot of diversity.” 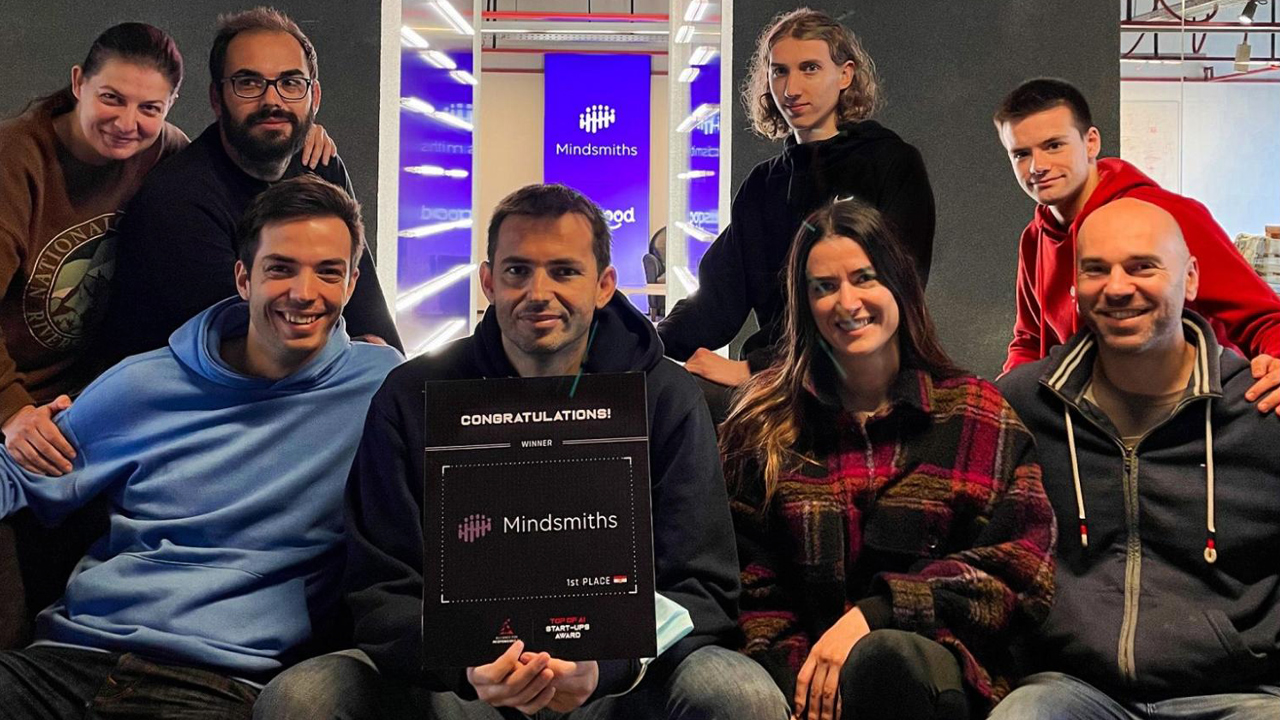 A part of the Mindsmiths team

Malenica set up Mindsmiths in late 2019. He has 17 years of experience in the AI, starting his career in 2004, as a scientist at Ruder Boskovic Institute. He later founded Vingd, that developed a virtual currency allowing users to exchange digital goods and services. Since 2019 he is the president of CroAI, the Croatian AI Association. “Nowadays, autonomy is the only thing in artificial intelligence I find both important and exciting. It has the power to transform the world in incredible ways. When it became apparent, there were no tools on the market we could use to build what we wanted, we decided to create our tool and offer it to everyone. Everyone should have access to such technology”, he sums up the story of how Mindsmiths was born.

Renata Brkić, co-founder and managing partner of Feelsgood, said the fund has been monitoring Mindsmiths from the beginning. “The partnership between Feelsgood and Mindsmiths is a great fit by nature (…) Mislav is a well-known expert in AI, with a strong entrepreneurial track record at home and abroad. He has put together a complimentary team of dedicated partners who share the values that are important to Feelsgood and who have in parallel been the leading force of the AI ecosystem development not only in Croatia but also in the EU”, she told ITKeyMedia.

“My team and I had known Renata and Domagoj (Domagoj Oreb, another managing partner – editor’s note) for a long time. When they informed us that they were starting a social impact fund and found our work interesting, we started talking about a potential investment. It was all about explaining the opportunity, our vision for Mindsmiths, and our track record so far”, complemented Malenica. 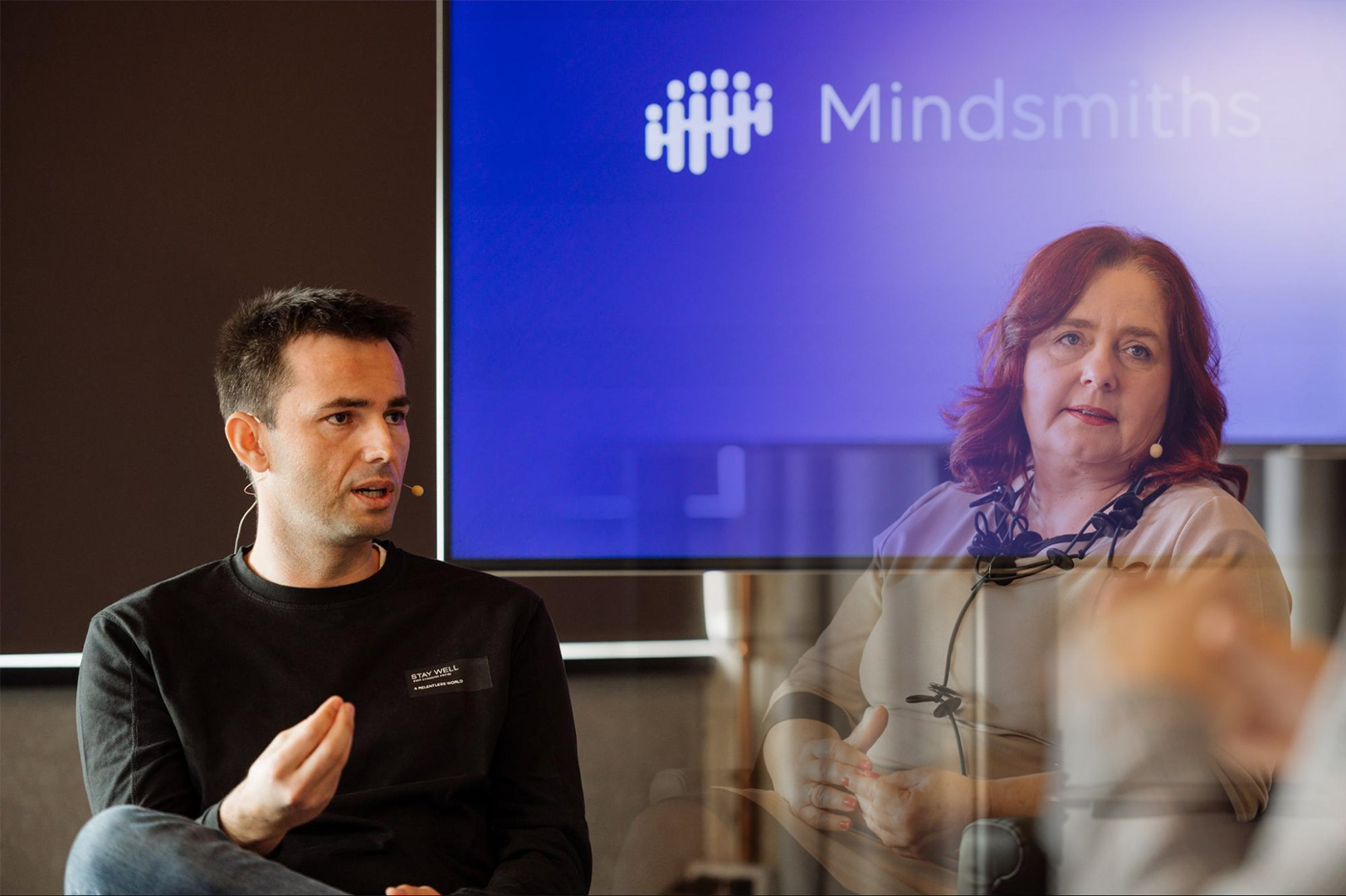 What makes Mindsmiths different in the eyes of Feelsgood? “The exceptional growth potential, that brings advanced technology to many industries and sectors and makes our daily lives easier. We are sure that we will hear about many impressive Mindsmiths projects”, explains Brkić, adding they expect the startup to not only achieve unicorn status (when the company is valued at over 1 billion USD – editor’s note), but impact unicorn status (when it also improves the lives of over 1 billion people). 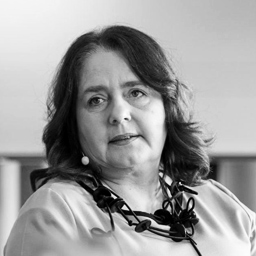 We expect Mindsmiths to become the impact unicorn in the next 10 years.

Feelsgood Is Looking to Invest 30 million EUR in 20 Startups

Feelsgood is the first social impact fund developed completely in Croatia and managed by a Croatian team. Focusing on the so-called impact investments, the 30 million EUR fund is essentially looking for business plans able to generate environmental, social and governance impact on top of the financial returns. Part of Feelsgood mission statement revolves around the same 17 UN Sustainable Development Goals that Malenica mentioned.

Founded in 2019 and managed by Renata Brkić, Domagoj Oreb, and Dinko Novoselec, Feelsgood currently has two companies in its portfolio – besides Mindsmiths, the fund also invested in Top Digital Agency (TDA), a marketplace for services such as web design/ developments, content marketing, social media advertising, SEO, etc. But Feelsgood is looking to expand its portfolio significantly, and invest in up to 20 companies.

“Considering the investment industry in Croatia, where risk capital has been a scarce resource, our deal flow is rich. We have some 200 companies in the pipeline at the moment and plan to invest in 20”, said Brkić, adding that the average ticket size is 1 million EUR, but the investment could range between 500,000 EUR and 3 million EUR. 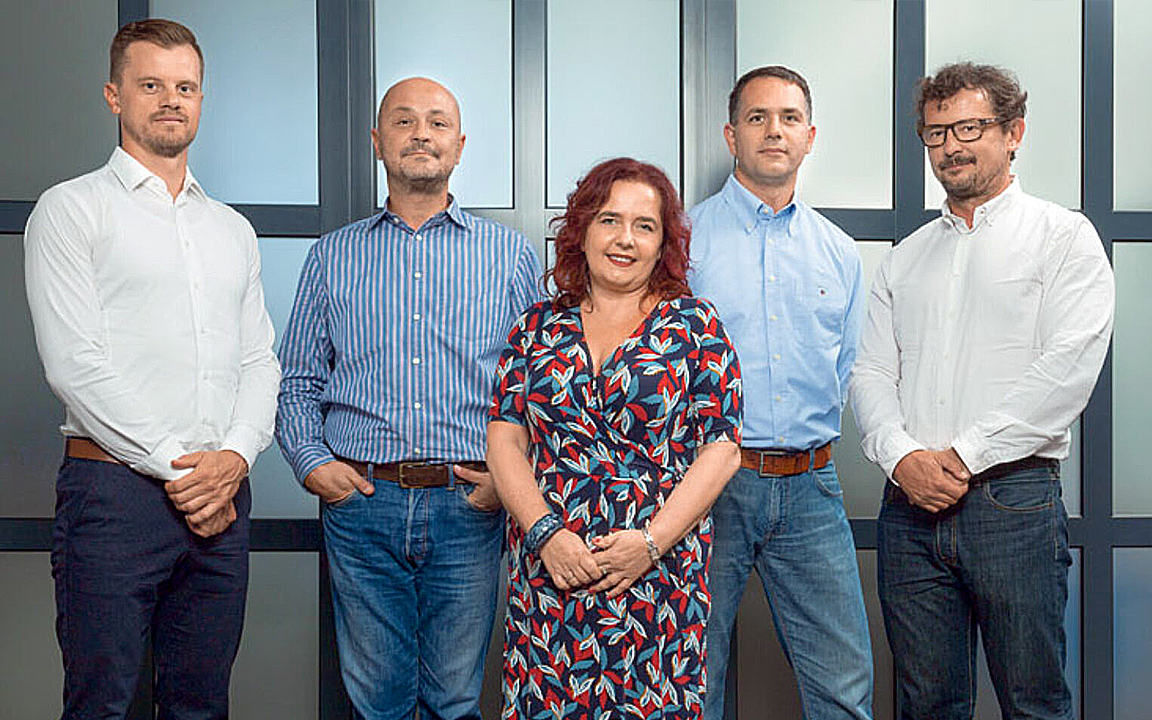 According to its investment strategy, the fund is sector agnostic and primarily targets early- to growth-stage Croatian and Slovenian companies, however Brkić does not exclude the possibility of negotiating with any EU startup.

The European Investment Fund (EIF) contributed 15 million EUR to Feelsgood, almost entirely covered by the European Fund for Strategic Investments (EFSI), the core of the Investment Plan for Europe, also known as the ‘Juncker Plan’ (first announced by European Commission President Jean-Claude Juncker in November 2014, aiming to mobilise over 433 billion EUR in investments, including 1.2 billion EUR in Croatia).

The rest of the funds come from private Croatian investors, explains Brkić, adding that the largest is Bellabeat, a startup founded in 2014 that produces smart jewellery and whose app has over 8 million users.