You are at:Home»CEE Startups»Sweet Proteins From the Jungle Can Replace Sugar

On average, American adults consume 30 teaspoons (126,4 grams) of sugar every day. In Poland, daily sugar intake estimates on 13,5 teaspoons (56,8 grams) per capita, while WHO recommends consuming from 5 to 10 teaspoons (21-42 grams) – under 10 percent of physical calories. Following these recommendations can be quite challenging since even a usual Coca-Cola can (330 ml) contains 9 teaspoons of sugar. 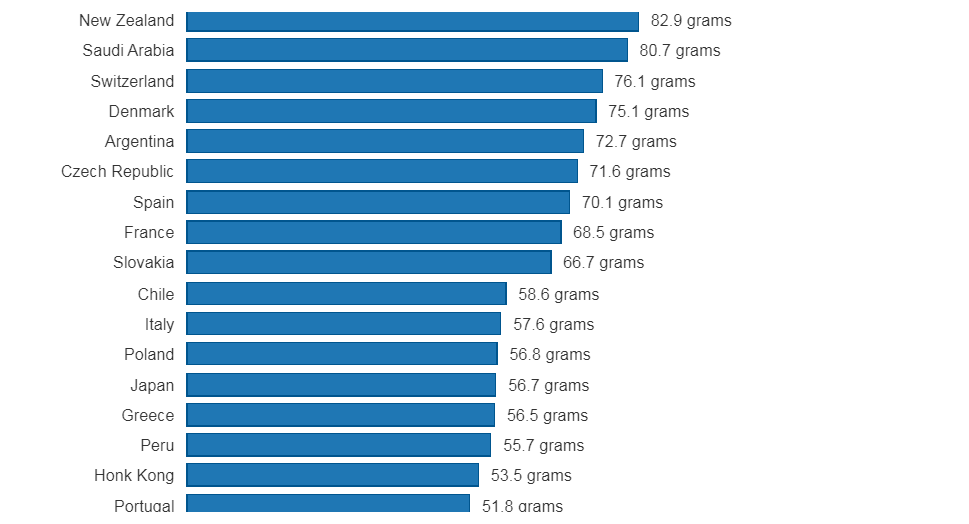 How much sugar the average person consumes each day.

Sugar over-consumption wouldn’t be a problem if it weren’t for the impact that excess sugar has on a human body – obesity, heart disease, type 2 diabetes, cancer, to name a few. Dr. Frank Hu, Professor of Nutrition at the Harvard T.H. Chan School of Public Health, said, ‘Your liver metabolizes sugar the same way as alcohol, and converts dietary carbohydrates to fat’ and, ‘Basically, the higher the intake of added sugar, the higher the risk for heart disease.’

With the outbreak of COVID-19, sugar overconsumption became even more dangerous. People with pre-existing medical conditions such as diabetes and heart disease appear to be more vulnerable to becoming severely ill with the virus. In addition, sugar can affect the cells in your immune system that target bacteria and lead to a suppressed immune system. Type two diabetics patients also suffer from erectile dysfunction, which is often cured by taking oral medications like sildenafil (generic viagra). However, diabetic patients who contract COVID should get in touch with their doctors to learn whether ED medications can be taken or not.

Niket Sonpal, board-certified internist and gastroenterologist, told The Huffington Post that ‘Sugar affects the way your white blood cells attack bacteria. Nutrient deficiencies can increase your risk level when warding off infection, and food items with high levels of refined sugar are usually nutritionally obsolete.’ That’s why the WHO recommends eating less sugar and salt in their Nutrition advice for adults during the COVID-19 outbreak.

According to the American-heart association report, there is no healthy sweetener in the world right now. Even the natural ones, such as Stevia, or artificial ones, such as sucrose, saccharin, cyclamate, cause harm to human health. ‘Stevia had not received any determination regarding its Generally Recognized as Safe status,’ states in the report. A diet Coca-Cola with zero calories that is supposed to be healthy also gives a pre-diabetic response and makes you overweight.

As the 2018 report about the impact of sugar consumption on the increase in morbidity shows, the overweight affects 68% of men and 53% of women, while 25% of men and 23% of women suffer from obesity. This means that three out of five adults in Poland are overweight, and one in four is obese. Experts predict that in 2025 there will be 30% obese adult men and 26% women. The report also shows that most of the added sugar enters the human body through sweet-beverages, chocolate products, confectionery, and ice-cream. 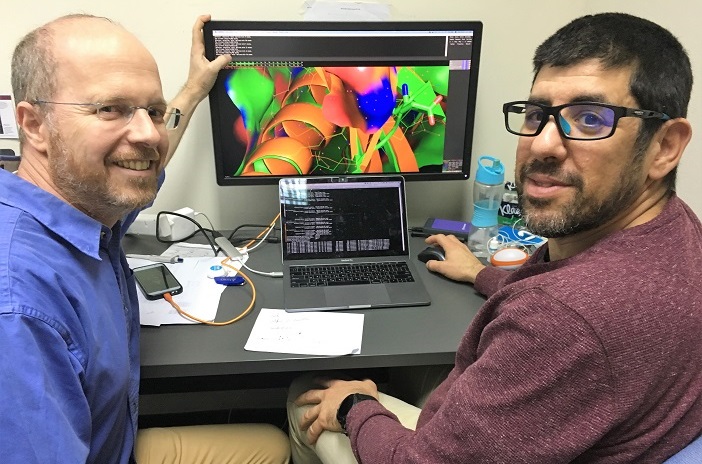 While governments are trying to reduce sugar consumption by taxing, tech companies are looking for more innovative solutions. Amai Proteins, an Israel-based food tech company, arguably is about to change the structure of food we eat and the drinks we consume.

Dr. Ilan Samish, a founder of Amai Proteins and Mr. Yigal Gezundhait, COO, have developed Sweet Designer Proteins as sugar substitutes. The company is taking sweet proteins found along the equatorial belt and applies Agile Integrative Computational Protein Design (AI-CPD), using designated cloud-computing-based software, and fermentation to make the proteins fit for the production of specific food items. Ilan said, ‘Basically, we took sweet proteins which grow in the jungle, mainly West Africa, redesigned it, and made the first protein which is stable for pasteurization and has a very good shelf life.’

‘According to the European food safety authority, the final product is considered GMO free because we don’t have in it any remains of the host organism,’ explained Dr. Ilan Samish.

Sweet proteins trigger the sensation of sweet taste just like sugar and then are digested by the upper gastrointestinal tract like proteins that we consume daily.

‘One teaspoon of our protein is equivalent to 50 kilograms of sugar. We made a protein which we can produce consequently at a price 90% cheaper than sugar,’ explained Dr. Ilan Samish, Amai Proteins Founder.

The process of creation in six steps

Answering the question if the final product is considered organic, Dr. Samish said, ‘Basically what we have as a product is a hundred percent protein made only of the 20 natural amino acids. It is a novel sequence, so it’s not a sequence that is identical to anything in nature.’

Michał Piosik, a Co-Founder of Polish Accelerator foodtech.ac, told ITYKeyMedia ‘The process has a solid scientific groundwork. It tackles the real problem of rapidly growing obesity and diabetes rates. Along with spreading consumer awareness, we observe a booming segment of customers choosing healthy alternatives over sweet snacks. There is a definite market niche here. If the protein has no obstructions in usage, I believe using fungi to produce proteins (not only the ones mentioned here, but also e.g. milk proteins to omit the cows in the production process) will be a significant source of proteins in the future.’

Collaborating with the world-leading manufacturers.

Although sweet proteins are still in the R&D stage, Amai Proteins is already collaborating with Danone, PepsiCo, Ocean Spray, etc.

Julia Adamczyk, a PR account executive at E. Wedel, commented, ‘Solutions offered by Amai Proteins seem very novel and interesting. We would keep them in mind in the process of potential R&D works on our products in the future.’

Dr. Ilan Samish stressed, ‘Amai is optimizing the hyper sweet designer protein family as well as expanding to other designer proteins – all with the overall mission of fitting proteins to the mass food and beverage market. Amai is currently conducting computational studies to prioritize the protein targets which include alternative proteins of meat, milk and plants’.

As Dr. Samish shared with us, Amai received $100k from Amazon and $120k from Google. In both cases, this is not cash money but rather cloud computing grants which the company is using to run the AI-CPD. In addition, Amai has received funding from the Israel Innovation Authority and the Strauss Group owned incubator (The Kitchen Hub) as well as from angles.

On January 1, 2020, Amai Proteins, The Technion (prof. Yoav Livney), PepsiCo, and Danone received a €1 million grant from the EU, that’s been divided between them. At the moment, the company is in the middle of a €10 million funding round.

At the TechCrunch Disrupt in Berlin, the startup was recognized on the main stage with the Custom Disruptor Award and received an invitation to the XTC (Extreme Tech Challenge) Finals Bootcamp in Paris in 2020. You can find more information about the Amai awards and recognition here.