You are at:Home»CEE News»EdTech Giant Brainly Continues to Grow With a Round of Series D Funding

Possibly the closest to a silver lining that we can point to regarding the Coronavirus pandemic is that it shed light on the chinks in society’s proverbial armor.

While healthcare was the major sticking point, possibly the most blatantly archaic, inflexible, and unprepared was the educational infrastructure.

It’s almost shocking how unequipped most educational institutions were to provide access to materials and lectures to their students. According to UNICEF, “More than 1 billion children are at risk of falling behind due to school closures aimed at containing the spread of COVID-19”.

And while EdTech is an increasingly growing and lucrative field, companies that are already making a sizable difference are few and far between.

Brainly, the Polish EdTech company providing what I can best describe as homework-as-a-service, is one of them.

The way the platform works is by emulating the experience of being part of a study group, one that’s available 24/7 and includes hundreds of millions of people. Users post questions regarding the material they’re unclear on, and the community responds. This experience is further augmented by persuading the student to become invested in the community through gamification mechanics. Users are encouraged to answer questions to build up enough points to ask their own questions.

It’s an approach that is seemingly able to build upon education’s inherent democratic properties by creating an environment where a learner can also improve their social skills, as well as being recognized for their knowledge, empathy, and approach.

This really shouldn’t come as a surprise, though, as the company has been able to build up to a userbase of over 350 million people in just 10 years.

We wanted to understand more about Brainly’s exponential growth and novel approach to building an EdTech platform, so we reached out to the company’s General Manager for Poland, Russia, and Romania, Michał Gwiazdowski. 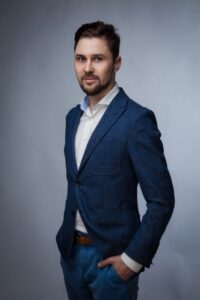 “Serving 350 million users with the best educational service brings a lot of challenges each day”, explains Michał, “Starting from the accessibility of our sites and apps, through maintaining a high quality of content to building a team of great people. Fortunately for us, we have been seeing 10 years of dynamic, yet gradual growth. These 350million did not come overnight and we had time to prepare three pillars.

Firstly, we’ve built our team able to keep the fast pace of product development in 35 countries maintaining the approach of lend-a-hand to every student and parent seeking educational help. Secondly, we’ve developed a great community of students, parents, and teachers who help us maintain a high quality of Knowledge Base supported by the technology developed by the Brainly devs team. The third thing worth mentioning is our cooperation with Amazon, we use their AWS cloud solution to keep constant accessibility of our web and mobile applications.”

Brainly has built a truly powerful engine that allows users to generate their own content and create not only opportunities for academic and personal growth but also the potential for practically limitless engagement and content proliferation within the platform.

When prompted on what the future of EdTech looks like, Michał had this to share with ITKeyMedia:

“There are two main trends we can observe now. Some of the EdTech companies tend to concentrate on serving institutional partners, like schools, educational institutions, districts. Others, including Brainly, focus on the direct relationship with students, their parents, and teachers.

Both of them, however, deal with the one emerging trend: student-centric, highly individualized approach giving more freedom to decide about the path to those who actually learn while boosting the progress of studying with digital tools. With remote learning becoming the new normal in 2020, many students in the same country, state or even city being on the same level have now very different ways they learn.“

As you can imagine, building a peer-to-peer learning community for over 350 million people around the world can rack up more than a handful of megabytes, which can itself quickly add up to a significantly large money pit.

For their needs, Brainly turned to Amazon Web Services (AWS), Amazon’s very own IT service management company, which also provides help for the likes of Netflix, Twitch, LinkedIn, Facebook, and more.

ITKeyMedia also reached out to their CEE Senior Solutions Architecture Manager, Tomasz Stachlewski, and asked him to expound on how this partnership works and what it’s like to support the world’s largest EdTech platform. 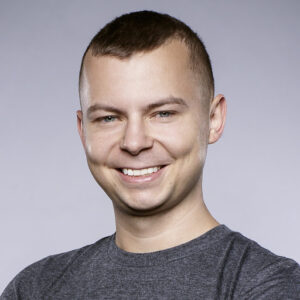 Tomasz told us, “The relationship started in 2016 when Brainly migrated from an on-premises environment to AWS. One of their biggest drivers was wanting to boost their performance. They moved from its 100-server physical infrastructure to AWS, which helped the business eliminate outages related to network and hardware failure, increase uptime, and reduce its operational costs by around 60 percent.

Brainly used the migration as an opportunity to redesign its IT infrastructure from scratch, which in turn helped it rethink its own operational and support procedures.”

Anyone who’s ever taught in a classroom knows that even younger learners have the incredible potential to self-organize and adapt, provided only that they are shown a proper and engaging platform or framework. Indeed, regardless of whether the goal is self-studying, augmented coursework, or fully flipping the classroom, a service like Brainly where a student is able to not only be aided by a vast number of peers but also to participate and assist in a larger academic discourse is invaluable.

And with this new round of seed funding, Brainly is looking to expand the scope of its offerings. Here’s Michał again, telling us what’s next:

“So far we proved to be able to grow rapidly with our peer-to-peer learning platform. Now, we want to bring even more educational value to those 350 million users. More news on the exciting product will be coming soon!”