One of the really exciting things about emerging tech and its latest implementations isn’t the tech itself, necessarily, but moreso the time it saves, its improved efficiency, and not least of all – increased safety for human workers.

As far as power grid inspection and maintenance goes, it’s definitely one of the more dangerous jobs out there. Not only repairing faulty systems but just the act of investigating a power grid site can easily lead to accidents, burns, and even deaths, especially when a problem – had it been identified before a human worker is called – could prevent death.

On top of that, it’s an incredibly time-consuming process that requires tons of man-hours.

These are the exact problems that Estonian startup Hepta Airborne is already fixing with its drone inspection services.

The company’s CEO, Henri Klemmer, explains that, “Hepta Airborne automates the analysis of power lines by utilizing drones equipped with different sensors (RGB, LiDAR, Thermal, Corona discharge) and big data analysis. The company offers a full service, from gathering the data to analyzing it. All sensor data is delivered in a single software environment built by Hepta Airborne, called “uBird”. The uBird software can automatically detect defects in power lines and other infrastructure from sensor data”. 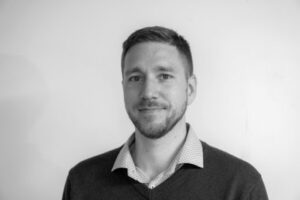 Hepta’s co-founder and CEO Henri Klemmer claims that their solutions increase the accuracy of defect detection by more than 33% compared to conventional methods, effectively being able to convert more than 250 km of power line data into actionable end-results in 5 minutes. Something that would take a human engineer 30 days to complete. “On occasion, we have reached 400% increased accuracy, finding hundreds of faults more per single power line than conventional methods”, clarified Henri.

Power outages during storms are also a problem to which energy companies are trying to find a faster and more efficient solution. Hepta drones can fly in strong wind of up to 20 meters per second and stronger, as well as being able to fly up to three hours at a time with the necessary payload.

As safety is top priority, Hepta Airborne drones also utilize a hybrid powertrain, which provides backup power to restore flight-capabilities safely in case of failure. A hybrid system also allows us to quickly swap energy sources and be more flexible with the advancements of new technologies (batteries, hydrogen, tether, etc.), while also allowing easy adaption to new and specific assignments.

“uBird is optimized for recall. Any and all possible defects are considered, and false positives are acceptable. This means that achieving 100% recall with 50% precision ensures that in finding 500 defects over 100,000 images, a person needs only to review those 500 to find 250 false positives. Eliminating the workload of a human having to examine 99,500 impressions”.

This process of mapping out data representing a physical object is known as a “digital twin” and as far as Hepta Airborne’s future goals lie, that’s what they’re currently working on, hoping to eventually cover numerous industries, such as power lines, gas pipelines, railways, the telecommunication sector, and more. Ultimately, the goal is to procure an instant assessment of the physical condition of every three-dimensional asset that requires it. 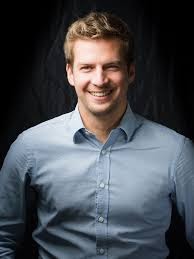 Jakub Dudek, Managing Partner at SpeedUp Venture Capital Group chimed in on both the company and the investment, stating that, “We think that the enabler to analysis platform adoption is growing data availability. Data acquisition no longer is a problem for energy companies but the challenge is to process these data and provide maintenance operators with actionable insights. The amount of data input makes it impossible for any human to constantly interfere hence advanced computer software is the only way to deal with it”.

Making sure that workplaces for humans are more efficient is one thing, but I’d argue that ensuring safety is an outright responsibility. On top of this, digital twins have enormous implications not only for the maintenance of infrastructure but also in diverse and key areas like manufacturing, urban planning, built environment, and even healthcare.

What Hepta Airborne has managed to achieve in terms of results is already staggering, but the near-future potential of its product is even bigger.