Flashpoint’s SummerSaaS 2022 conference took place on June 9th online via Hopin. Aside from the main attraction – the startup pitches, the organizers also put together an impressive list of speakers who discussed current trends in investment. ITKeyMedia spotlights the panel discussion about the digitalisation of venture capital. 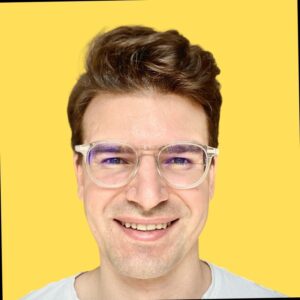 It is a well-known paradox: VCs invest in companies that try to shape the future but still use tools like Excel or PowerPoint, that have been around since the 90s. This is a popular topic for discussion at many startup- and investment-related events all over the world. SummerSaaS 2022 also also took a shot at it and invited Marton Medveczky, Flashpoint’s investment director, to moderate the discussion between these speakers.

After a brief introduction of themselves and automation use that they use in their firms, the speakers quickly moved on to the first question. The pandemic pushed all spheres of life online, including VC investments. So the question was – in view of the ongoing digitalisation of the industry, how much would warm intros matter at this point?

The Role of Warm Intros Today 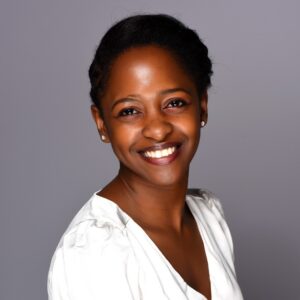 Ms Bankiya took the word first and shared that Dawn Capital usually has multiple touchpoints with companies, and a personal meeting isn’t the first one. The first touchpoint is hearing about a company in the news, trying out its product, etc., and this doesn’t qualify as a warm opening. When it comes to personal interaction, it is a two-sided process, concerning references. In other words, not only should the VC already have an idea about the company, but the company also should do its homework about the VC, its history, its team, and other relevant details.

Mr Åström added that while warm intros are indeed important, they must not be instant. As much as the VC may like to build personal relationships with companies and their teams, they also have to use particular data and signals to make sure that the timing must be right.

Dr Retterath referred to a study from 2020 saying that 80-90% of early-stage VC deals were inbound, i.e. the startups sought contact with VCs. According to him, this ratio shifted significantly over these two years. With the influx of capital, the demand for startups to invest in increased dramatically, one of the reasons being the US investors growing their presence in Europe. Suddenly, VCs needed to be more competitive and get in touch with startups as early as possible – often at a point where it was just a concept and the startup wasn’t even incorporated yet. As such, the VCs now needed outbound capacities, people on the ground with local networks.

‘So – while warm intros do matter, they must complement other channels. That’s why we try to get more contact points as early as  possible through our data-driven platform.’ Dr Retterath concluded. 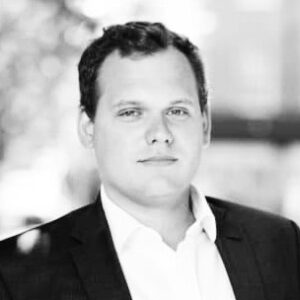 The next question that interested Mr Medveczky was about the key points  to which the VCs’ data-driven platforms pay most attention in terms of observation, monitoring companies, and deciding about the right time to reach out or re-establish the connection with a company.

Mr Thomas shared that, at Beringea, they used to monitor the companies’ postcodes – it helped the VC to track the companies’ moving to coworking spaces or larger facilities. Today, the firm also uses DealRoom – a tool for spotting deals before ventures become companies, looking at the data from corporates of higher education institutions from which these businesses develop. Beringea loved the tool so much that they also invested in the startup in Series A. Mr Thomas believes that a VC has to stay on top of all the possible signals it can think of.

Ms Bankiya pointed out that the VC has to decide between the amount of data that they are willing to take into account and the quality of this data. She explained that she focuses on the quality of the data – for example, looking at the team, the background of the employees and, possibly, the reason they got hired. 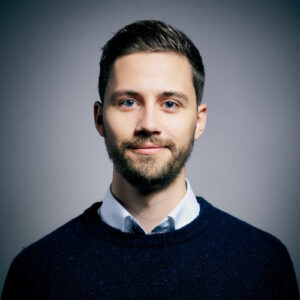 Dr Retterath has an academic interest in the issues. He mentioned two dimensions of such decision-making: the sourcing and the verification. The sourcing is about collecting as much data as possible, regardless of the quality of the source. Then comes verification – looking up a company’s deal in the mentioned DealRoom, as well as Crunchbase, PitchBook, CB Insights, VentureSource, and other trusted sources. Further, Earlybird chose two of these sources and added them on top of their API and built a data integrator for verification. This allows them not only to track a company once but to build a time series data and see specific movement in the data. This way, they can narrow down and identify the companies with the most interesting momentum that actual humans in the VC can later investigate and meet.

‘There is no lack of interest in signals, in all the available data. The problem is the prioritization of all those signals and companies according to these signals,’ Mr Åström continued. He told that EQT Ventures had spent 5 years building a self-learning system learning from outcomes in the market, companies that got successful, the VC’s internal labelings of the data. Interestingly, due to the fact that the system is self-learning, it’s impossible to point out the signals to which it pays attention. The speaker suggested that those were probably the mentioned team growth, team quality, the funding tempo of a company, etc.

Dr Retterath shared that his fund also did a self-learning system that was particularly meant for observing how the investment team interacted with the founders. This helped the team to make balanced decisions and avoid possible biases when deciding which data was really illustrative of the patterns of successful companies.

Agreeing about the existence of biases, Mr Åström added that it made sense to balance between the signals from the team and the objective outcomes of the startup. According to the investor, it was also important to keep the portfolio diverse and avoid funding the same companies. Instead, the investment team could consciously control these such choices and prioritize a particular direction of funding (for example, fintech).

Mr Medveczky further asked whether it made more sense to buy a ready solution or develop one in house. Or more concretely, if there were any ready solutions that the speakers could recommend for smaller companies that could not afford a team of 25 in-house developers. 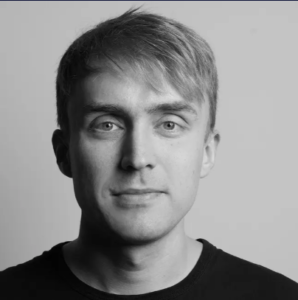 Dawn Capital, for one started with external consulting-based work developing a product that Mrs Bankiya described as an MVP. Essentially, it would extract all the data, put it in one place, integrate it with the local CRM, and create some kind of dashboard that allows you to track and create notifications and signals when things are exciting. The speaker agreed with the issue pointed out by the moderator – the maintenance cost and the overhead required to keep it up and running, something that not every VC had. Dawn Capital opted for Synaptic – a solution that collected data for keeping track of the signals. Unfortunately, however, this solution cannot do the self-learning.

Mr Åström concluded by agreeing that not every VC had to use a solution the one his fund uses. According to him, the self-learning part is optional and doesn’t have to be in pace, and neither would the particular type of interface be obligatory. Each fund has to decide for itself whether the commercial solution does the job they want it to or they are ready to afford a custom solution.

You are welcome to find the complete video of this discussion alongside other videos from Flashpoint’s SummerSaaS 2022 on Flashpoint’s official YouTube channel.