This month, Tartu-based technology firm LightCode Photonics has secured a EUR425K pre-seed investment through a round led by United Angels VS and Superangel, alongside several additional angel investors hailing from Estonia.

Improving How Robots Perceive the World

LightCode Photonics is a deep tech company that spun off from the University of Tartu. A team of four passionate and award-winning researchers who were working on innovative imaging technologies four years ago became the founders of the company. 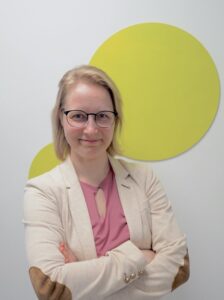 The startup per se was founded in August 2020 by Heli Valtna PhD (CEO), Sergey Omelkov PhD (CTO), Andreas Valdman PhD and Jan Bogdanov M.Sc. LightCode’s CEO has previously served as the head of autonomy development and the lead of several multi-million European projects.

LightCode Photonics’ major focus at the moment is to rethink image acquisition in a bid to transform the autonomous mobility sector with affordable 3D imaging technology.  According to the company’s CEO Heli Valtna, the startup is currently focused on solving 3D imaging with intelligent sensing by transforming 3D imaging from human-like perception to robotic vision.

“LightCode Photonics is working on a LiDAR-class SD3D (Software Defined 3D) Camera that is compact, has low power consumption and relies on solid-state technologies. The technology enables the robotic vehicles to create real-time 3D maps to understand the surrounding environment and navigate safely. The technology simplifies the perception algorithms by 90% and lowers the cost of the sensor system by 95%. The impact for 3D imaging is like the global transformation of the economy from paper-based to digital,” Valtna explains.

The technology LightCode Photonics is developing has immense potential, not only for the autonomous vehicle market but for other dozen market segments and investors are well-aware of this fact.

Actually, the startup’s primary focus is on the service robotics market, which according to a recent Markets and Markets report was valued at USD37bn in 2020 and is projected to reach USD102bn by 2025, growing at a 22.6% CARG. From this sector, ground-based service robots with applications in healthcare, warehousing, hospitality or agriculture are expected to grow at the highest CAGR. What’s more, in terms of sales volume in our target price range, the service robotic market has the potential to purchase at least 10 times more units and is growing several times faster compared to the autonomous vehicle market.

As per the company, approximately 50-90% of the companies in the sector are open to testing and implementing novel 3D imaging technology, so much so that they could be considered early adopters (they usually make for only 2-10% of the market).

All these things considered, LightCode Photonics’ solution might prove instrumental in accelerating the growth in the given markets. This sentiment is mirrored by Superangel, one of the VC funds that led the recent pre-seed investment round during which the Estonian startup secured funding.

“LightCode Photonics’ CEO Heli Valtna, PhD is a renowned young scientist with good entrepreneurial drive and experience leading autonomy development in Milrem Robotics. We think this is a strong team with great opportunity and believe we can help them accelerate the commercialization of the technology. We’re leading this pre-seed round and the company joins our Alpine House venture development program,” noted Veljo Otsason, managing partner at Superangel.

As for plans regarding the funds, CEO Heli Valtna explains that the goal of the pre-seed round is to build a compact prototype of the LiDAR-class SD3D (Software Defined 3D) Camera that implements intelligent perception algorithms.

“Our game-changing 3D perception concept enables us to enhance the native resolution of the detector and empower the existing sensors with software-defined capability. Today we use affordable off-the-shelf components to run the intelligent perception algorithms and aim at outperforming the high-end LiDARs for a fraction of their cost,” Valtna adds.

The plan is to validate the technology with piloting partners in the robotic vehicle sector, e.g. Milrem Robotis and Cleveron, and preview the technology in Q3 of this year.

While the SD3D Camera concept took its inception in 2017, LightCode Photonics had a tabletop setup last year. In January 2021, the system was shrunk down to fit into a suitcase. Now, the startup is currently in the process of completing their “shoebox” prototype. By the end of the year, LightCode Photonics hopes the system will fit in a card deck-sized package and into a matchbox by 2023.

“The technology validation and preview are stepping stones to entering the market. By the end of 2022, we plan to manufacture and sell the first batch of units and by the end of 2023, we hope to provide our customers with the matchbox-sized camera,” Valtna specified for ITKeyMedia.

Meanwhile, the startup hopes to soon conclude the negotiations for the transformative deal with a major player in the field as well as preparing for a technology preview and raising the seed round.

LightCode Photonics has a good chance of solving the affordable 3D sensor shortage and by doing so accelerate the growth in several connected markets, so it’s definitely worth keeping an eye on them in the future.