You are at:Home»CEE Startups»StreamCards Show Us a Glimpse of What the Next Stage in Interactive Streaming Might Look Like

Over the last few years, people have been thinking of ways to innovate on the now-classic experience and make it more interactive. Some games let you vote, some let you interact in other ways, but streaming is bound to go further.

For now, one of the companies trying to push the envelope is StreamCards, who’ve created a game that can be played on top of CS:GO matches.

“Watching esports, or any other sports for that matter, is a passive form of content consumption. Broadcasters are constantly seeking new ways of providing the most innovative, interactive ways of serving their content to viewers. That’s why we came up with StreamCards. With the advancements in technologies provided by livestreaming platforms such as Twitch, we wanted to bring the viewer closer to the action more than ever before.” 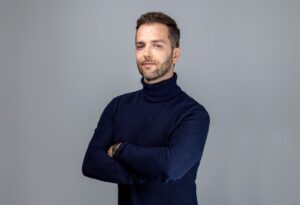 Essentially, you play cards that are meant to represent what’s happening on screen, earning points the closer you are to how things turn out. The game is currently in beta.

StreamCards is primarily designed for tournament broadcasts, so in order to provide the best in-depth gameplay experience for viewers, the company leverages real-time data access from a game’s tournament server in order to match the action that gets seen on Twitch.

“That’s what makes StreamCards an exciting experience, as viewers can compete against others live, directly on stream. No one’s ever done that before”, adds Daniel.

Kamil Sabatowski, a member of the board of directors at StreamCards, directly involved in developing the startup on behalf of  Tar Heel Capital Pathfinder, is also a fan.

“The more we learn about StreamCards and the eventual applications of this technology, the bigger potential we can see in it. What we hear from users and business partners is that this is really the very first way for the viewer to truly interact with the broadcasted content, and all that while having fun.” 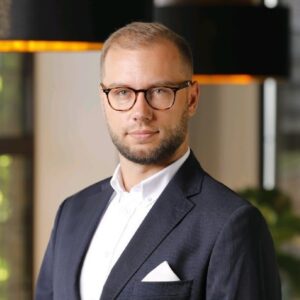 Kamil Sabatowski, Member of the board of directors at StreamCards

While Tar Heel Capital Pathfinder has been helping build StreamCards, the team has been doing great work behind the scenes, too. Kamil believes that this is a groundbreaking job in the field of Twitch extensions, owing to the fact that the market is still immature and growing.

Interestingly, the company has already accrued PLN 2M from a bevy of different investors on top of having Tar Heel Capital Pathfinder’s support. Kamil continues,

“Understanding many dimensions of multiple segments of this industry is a key advantage of StreamCards. The entire team has a priceless ability to incredibly quickly learn and implement their conclusions, which is the bread and butter of building a strong position in an emerging market.”

As for the future, StreamCards is looking to improve both its current CS:GO offering, bringing support for additional games to the market (DOTA 2 and Call of Duty as of right now), and expanding globally.

Entertainment as we know it is changing, and it might just be the case that we end up being participants in the media we consume just as much as we are in the activities we do.

While StreamCards is still in its nascency, it’s indicative of what’s likely to come – a blurring of the lines between content creator and consumer. Streaming is already creating collaborative content in this way, but two, five, ten, twenty years down the line? The sky’s the limit.