AI might be the biggest deal right now, at least with regards to emerging tech. I can’t really think of a field off the top of my head that isn’t either benefiting from AI or has the potential to benefit from AI.

The technology has completely created a modern gold rush of sorts – find a niche, slap an AI onto it, try to revolutionize how it works. I imagine that it’s going to take at least five years to a decade for all the major players to manifest themselves and for the current capabilities of the technology to sort out, though that’s also a somewhat doubtful perspective considering how fast things are moving and AI’s growing capability to assist in its own development.

We’re in a nascent state as of right now, and it appears that the only point we can go from here is up, at least technologically.

So, where are we at, exactly? And what are some of the applications of its more cutting-edge iterations?

One of the more interesting developments that I’ve personally come across in a while is Samurai Labs, the company developing an AI aimed at fighting cyberbullying and child abuse. According to their claims, they’re also better than all major AIs at that task.

We asked Michał Wroczyński, the CEO of Samurai Labs and one of its founders, to elaborate on their claims, and to provide us with more insight into the market and technology as a whole. 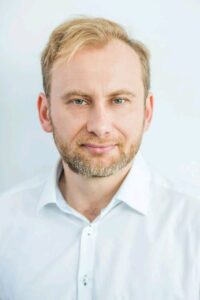 “We achieve a much higher precision in detecting cyberviolence than Google’s Perspective API and other solutions. For 1000 non-offensive comments with foul language (e.g. “You guys are seriously so f***ing helpful”, “oh sh*t it messed up the font size f***”), Google classifies 44% as insults and over 97% as toxic. We can discuss what toxic means, but the 44% is clearly made up of false alarms. Samurai achieves over 96% precision, which means that only 4% of our alarms are false. High precision allows our AI to react autonomously and prevent cyberviolence rather than report it to moderators post-factum.”

Michał, who is a doctor of psychiatry, has spent the better part of the last three decades trying to find more practical applications to that field and a significant portion of its intersection with AI.

“We had to create the market for chatbots in Poland. We also pioneered automatic email responding, used NLP AI systems for e-learning and employee evaluation, delivered the first systems for detecting hate and pedophiles on the internet and created a general purpose language understanding engine. This time we bring this very needed and perfectly timed innovation to the market – and governments seem to agree, enacting more and more laws that make big business responsible for online violence, especially towards children, who are our primary concern.”

And as far as potential censorship concerns go, Michał is adamant that Samurai Labs will continue staying true to their core ethos – shaping the internet to being a place that we can trust.

This is all very exciting and promising news, but it wouldn’t mean much if there’s nothing to show for it.

Samurai Labs have already proven that their technology works by tackling Reddit, as well as in their work with HateLab and Cardiff University and helping out INACH explore what can be done on the Dark Web.

Additionally, they have partnered with Polish Heroo Mobile that’s aimed at safeguarding kids on their mobile devices. 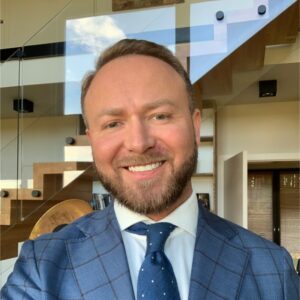 “The AI potential of Samurai Labs is multi-faceted and unlimited. It can protect against online violence in any program and application. Thanks to Samurai, children using the Heroo network will not receive any harmful messages.”

As far as partnerships go, this is an ideal one – Heroo Mobile already have the frontend and an established userbase, so implementing Samurai Labs’ AI to make the service safer is a no-brainer.

Robert adds that, “The integration of Samurai Labs with Heroo Mobile will be a breakthrough in telecommunications. No telecom has so far protected its customers at such a high level. We are going to do it. It will be both a huge competitive advantage and a milestone in technological products for children.”

The company has also received significant interest from others, including that of Bundesliga club Bayern Munich’s striker, Robert Lewandowski, and Dawid Urban, CEO of LESS_app, both of whom have made investments.

Being the enormous and rapidly growing industry that it is, it’s likely that we’ll see true innovation from brand new companies just entering the market, even if in Samurai Labs’ case, they’ve had significant and prolific experience in the field.

For their intended purpose specifically, Samurai Labs has already beaten Google and Microsoft in similar tasks. By a very wide margin, too. As I already tried to illustrate, pretty much every field is benefiting from AI’s long overdue wider adoption, but there’s a comparatively lower volume of products focusing on safety.

It’s reassuring to know that there are knowledgeable people working on it, and no matter who wins out in the AI race, we’ll all have benefitted from the process.