As expected, the Forum’s offered a diverse and extensive list of speakers and topics on its agenda. The two days of the Forum were so tightly packed with food for thought that one can digest it all the way to QUBE Events’ next Forum which hasn’t even been announced yet. To give the reader a glimpse of what was going on, ITKeyMedia chose to highlight the keynote speech ‘Will MiCA End the Crypto Wild West in Europe?’ by Dr Justine Scerri Herrera, founder and managing partner at MK Fintech Partners.

How Did MiCA Come About? 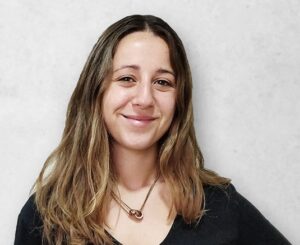 The topic’s actuality was dictated by the fact that the EU’s MiCA (Markets in Crypto Assets) regulations were finally published one week prior to the event, and the European Parliament will be voting for it at the end of this year. Dr Herrera started by reminding that the crypto evolution had started a few years before when there had been loads of volatile coins on the market. Later on, stablecoins turned up, which, in turn, led to the creation of DeFi. Since stablecoins are widely used for payments all over the world, especially in emerging markets, the DeFi ecosystem is needed, for example, to settle the derivatives in stablecoin, among other reasons.

This new asset clause began to offer stability and pose a threat to traditional monetary policies. Realizing this, regulators all over the world wanted to enter this space. Among others, the EU started drafting MiCA. More specifically, Facebook’s Libra was on the horizon. Had Libra been adopted and Facebook’s 2.4B started to use Libra instead of traditional currencies, there would be an overflow effect on the traditional markets. Following that, a possible failure of Libra as a global stablecoin could cause an outflow of the underlying reserve. This systematic risk was the reason for legislation like MiCA to start getting drafted.

What Does MiCA Do?

MiCA regulates service asset providers (market makers, portfolio managers, investment advisors, exchanges, issuers, custodians, etc.) as they were replicated from the traditional centralized market. In other words, when MiCA is enacted, any crypto asset provider that wishes to operate in Europe will need to apply for a license. This license is largely different from the existing one – in fact, only a few European countries, including Malta, Liechtenstein, and France, have a working licensing mechanism for crypto assets.

Interestingly, the issuers cannot grant interest to token holders. Before MiCA is enacted, they do offer borrowing, lending, and other activities that presuppose interest. There are also other platforms providing such services that are not issuers, and the Law doesn’t specify whether the restriction applies to them.

Also, the Law specifies ‘significant’ ART and EMT issuers. They are those who meet three of the six following criteria: 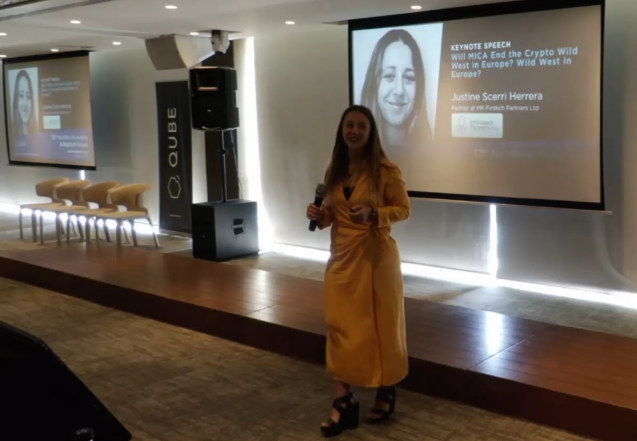 These significant issuers essentially become subject to EBA supervision (as opposed to normal supervision by the national authority), regardless of whether the company is launched from the EU or from elsewhere. This presupposes quarterly or monthly reports to the EBA on the size of the market, customer base, transactions, etc. If the EBA deemed these sizes too big, it can order the company to ‘wind down’ – so the company needs to have a procedure for that in place. Other additional requirements for significant issuers concern capital, risk, liquidity, etc. Such regulation is not unlike the one for banks.

Dr Herrera concluded that her belief was that the bulk of the regulations and restrictions would eventually drive stablecoin issuers out of the EU. The volume of USDT transactions, for example, exceeds the one specified in MiCA by a mile. As such these issuers will not work officially in the EU, there will be no direct marketing, and they will not be listed on trading venues.

There is, however, reverse solicitation. EU citizens can trade with such assets, but there can be no direct marketing. In other words, they will have to be creative about operating these assets. As for the issuers, according to Dr Herrera, they will most likely also leave the EU, even if their tokens are Euro-backed. Thus, any competition from the side of the stablecoin is eliminated, but it will have a detrimental effect on the market.

MiCA doesn’t regulate DeFi, but according to Dr Herrera’s information, the lawmakers should enter that territory 18 months from now. As for NFTs, the regulation leaves them out.

The regulation is expected to enter into force at the end of 2022 or the beginning of 2023. After that, member states have 18 months to transpose it into their national Laws, except the states that already have such laws in place. There is an 18-month grace period for service providers to comply, but they can only benefit from it if their legislation is MiCA-compliant. At that, the licensing process takes 6-12 months.

‘Have we gone too far with regulation away from the open market?’ Dr Herrera asked in conclusion.