You are at:Home»eCommerce»Tech Movers’ Fund to Invest €13M in Early-Stage CEE Startups

“We are investing!” – Artur Banach, a partner at Movens VC, an early-stage fund based in Warsaw announced triumphally on his LinkedIn profile on July 20th. Indeed, the fund is looking to invest 58 million PLN, or about €13 million, in CEE startups, with a ticket for a given company of up to €450,000. Around 25% of the fund’s dry powder comes from private investors. The rest is sourced from the state-owned Polish Development Fund through its PFR Starter program.

Movens VC is primarily focused on:

The fund does not exclude other sectors, seeking solutions that utilize AI and machine learning to automate and develop processes in big industries that are ripe for change. The focus is early-stage companies, with the fund offering seed and Series A funding. 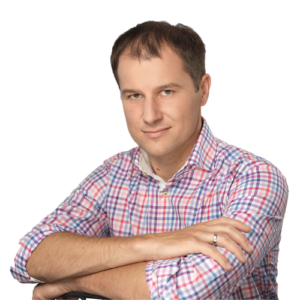 “Relatively few Polish VC managers have been successful in a tech entrepreneur role. Experience in seeking venture funding outside of Poland is also scarce. Both of these are in our CV and our DNA”.

The fund is run by Michał Olszewski and Artur Banach serving as Partners. Both have an extensive background in tech and VC. Olszewski invested in the payment processor SkyCash as a business angel and later brought it to market leadership as President of the Board. Banach acted as a longtime CEO of Netsprint and later transformed it into the Netsprint Group through a number of M&As, changing a local search engine into a successful martech group. They are joined by Venture Partner Ramon Jimenez, a San Francisco-based fintech advisor, Investment Director Przemysław Jurgiel-Żyła, the former COO of Datarino, and analyst Yaroslav Krempovych, who serves as the Senior Associate.

Prior to Movens’ launch, the partners invested in Packhelp, a custom packaging company for e-commerce, and Fenige, a credit card payment processor. The fund’s first official investment, however, is StethoMe, a Poznan-based medtech company that produces a digital stethoscope connected with a dedicated app that uses AI to detect respiratory issues. StethoMe is currently in the commercialization phase, with the product already used in Poland, Spain and France.

“It’s an example of the kind of tech diamond we are looking for”, said Artur Banach. “The company has global potential and develops machine learning and AI-based technology. The market is very big too, with 50 million families with children in the EU. Telemedicine is growing in importance as a result of the pandemic, too, which drives StethoMe’s growth”, counted Banach. Movens and its co-investors (Manta Ray, TDJ Pitango Ventures, RST Ventures for Earth, and an unnamed Hong Kong-based private investor) raised a combined €2.1 million for StethoMe.

“We will soon be announcing three more investments. The sectors will be different, but each company has the chance to be an EU or a global leader”, Banach told ITKeyMedia.

The fund also wants to help develop the startup ecosystem through education. The Movens Academy will be offering live webinars for startupers. “Our trademark is that each of us had built tech companies before”, said Artur Banach. “We want to use these experiences to build a platform of various solutions (e.g. HR, digital marketing, international scaling, finance, fundraising) to help companies grow exponentially”.

The first series, dedicated to the topic of pricing, starts August 20th. “It is an area often underestimated by founders, which in many cases decides on a startup’s success or failure. Here we can use the expertise of our Partner Maciej Kraus, who has been involved in dozens of pricing projects for tech companies on nearly all continents”, added Banach.

“We definitely need more funds like Movens in Poland”, Borys Musielak, Founding Partner at SMOK Ventures, a VC fund primarily investing in gaming and digital products, told us. “Former entrepreneurs and operators running a VC fund while still remembering the founder perspective is crucial, given most of the VC ecosystem in Poland or CEE is still filled with former consultants, PE and finance guys” 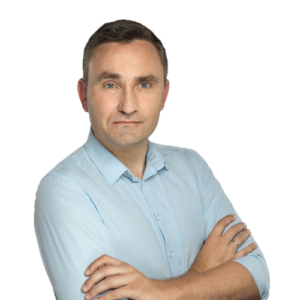 “Our trademark is that each of us had built tech companies before. We want to use these experiences to build a platform of various solutions to help companies grow exponentially”.

Bridging the gap with public funding

The majority investor in Movens VC is the state-owned Polish Development Fund. Its subsidiary PFR Ventures invested 728 million PLN (€165 million) in around 30 VC funds that are to help develop early-stage companies as part of its PFR Starter program.

“Due to the profile of the Polish VC market most of the selected funds were actually first time teams”, Robert Sufin, Investment Manager at PFR Ventures, told ITKeyMedia. He added that there are, however, some players with an impressive track record in the fund’s portfolio. With regards to the decision to invest in Movens VC, he admitted: “It’s no mystery that Partners’ experience with Netsprint and SkyCash was of particular importance to us”.

Though the Polish government’s support of the startup ecosystem has received criticism in previous years, Movens VC is pleased with the cooperation. “We rate the PFR Starter program, as well as the cooperation, excellent. We are actually quite surprised that investment with public participation can go so smoothly”, Artur Banach told us. “It’s hard to imagine the Polish VC ecosystem catching up to the Western European markets without such state support. A strong VC ecosystem is essential if we want to see a larger amount of Polish tech diamonds succeed”.

“When joining our program, a fund pledges to invest in companies at a particular stage of development and agrees to a specified maximum ticket size”, Robert Sufin explained. “We do not, however, interfere in a fund’s assessment of a particular company’s attractiveness. We consciously leave the investment decisions to experienced fund managers. We give the teams full independence”.

“PFR Ventures has the right approach to VC investing, as in leaving it to the fund managers to make investment decisions”, confirmed Borys Musielak. “There’s still work to do regarding the bureaucracy and unnecessary restrictions (e.g. in regards to investing in companies formally based outside of Poland or the EU), but not all of those are related to PFR itself, but rather to the general legal system in Poland or EU-related stuff. Still, there is good will and there is flexibility so especially compared to some other investment vehicles Poland has to offer, PFR is doing a great job”.

Despite the pandemic, Polish VC seems to be doing well. “Even in comparison with H1 2019, we’ve had a very good first half of 2020”, reported Robert Sufin. “If we exclude DocPlanner’s 350 million PLN megaround in May 2019 (an unusually large transaction), VC investment is 100 million PLN higher than in H1 2019, with 413 million PLN (€94 million) invested.” This is already more than the entirety of 2017 and 2018 combined. “We are expecting to see some big rounds with foreign investors’ participation in the second half of the year. These transactions often reach as high as tens of millions PLN for a single round”, forecast Sufin. 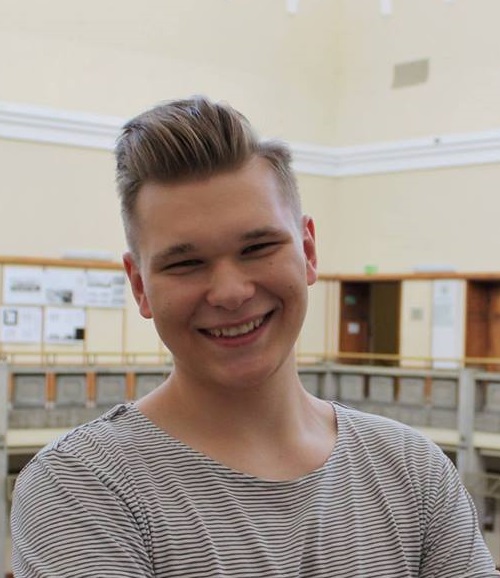 Marek Kawka is a journalist based in Warsaw and a graduate of SGH Warsaw School of Economics. His interests include podcasting and the ways humans shape the modern world and vice versa.

Subscribe
X
A Dose of Vitamin AI: RAMPmedical Will Help Your Doctor Choose the Right Treatment for You…Companies  RAMPmedical was founded in Berlin in 2015. They offer an app that uses AI to comb through existing medical research to suggest the right treatm…

X
Brinc Demo Day Brings Poland’s Best IoT/Hardware Startups to Light…EventsThis year’s Brinc ScaleUp accelerator program is coming to an end, with 17 up-and-coming startups involved. You can get to know these startups on We…
wpDiscuz
ITKeyMedia use cookies to give you the best experience. If you continue reading our news here, we will assume that you are happy with it.OkRead more