Innovative companies in Poland have been observing a steady high growth rate. Statistically, one in five startups doubles its revenues after one year. Startups who make it in the West are valued higher.

According to Startup Poland’s report: Polish startups 2015 (authored by A. Skala, E. Kruczkowska and M. Olczak) Polish startups observe a high growth rate. One in three startups notes a 50 percent growth year in a year while 20 percent of startups growths by 100 percent. Every second innovative firm is expected to grow its business valuation by five in two year’s time. 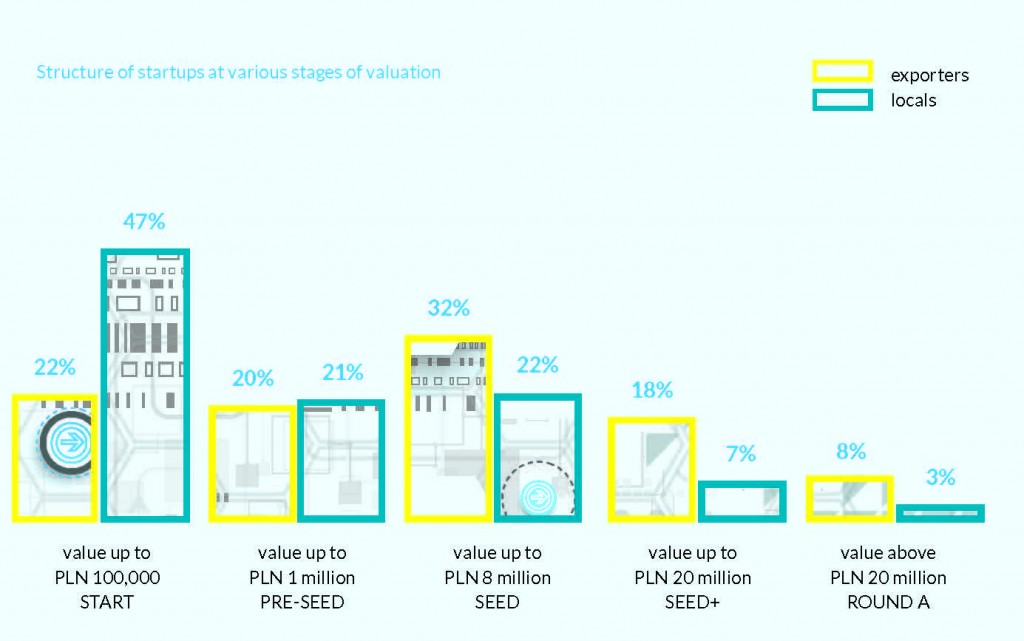 Polish startups are ready to conquer foreign markets. Half of them are export-oriented, out of which 50 percent gets half of their revenue abroad. They are the USA, Britain and Germany oriented. Companies that export their services tend to be bigger, grow faster and hire more employees in comparison to firms that operate locally.

60 percent of Polish startups are financed by personal savings. “We call them the 3F round, which stands for family, friends and fools.” – Added Eliza Kruczkowska. The second financial source comes from EU funds. Nearly 20 percent of researched startups secured venture capital funding. A similar figure got investment money from business angels.

“We created a base of 2,400 startups. The majority of them is set up in biggest cities in Poland. Warsaw boasts the higher number of startups, Cracow and Gdansk are placed second and third, respectively. Wroclaw and Katowice have been upping their startup game” – commented Eliza Kruczkowska, CEO of the Startup Poland Foundation, co-author of the report. “Poznan and Lodz are also startup friendly.”

Stefania is a fortuneteller. She enjoys reading articles/forecasts/books helping her understand the ideas and technologies that will shape the future.