On April 7, Unicorn Events and Startup.Network’s Unicorn Battles – that were interrupted by the Russian military offensive – finally resumed. Next on was the Fintech Battle. The organizers have selected 10 startups from all over the world who would pitch before the esteemed judges and compete for the opportunity to get to the Cup Finals on April 14.

As usual, the Battle was held in the online format. The winner was mainly determined by esteemed judges, but the votes from the board of experts, business angels, and regular guests were also counted. Each startup had 3 minutes to pitch itself, after which the judges had 3 more minutes for a blitz Q&A session.

Julia Andrievska, Unicorn Events’ communications and events manager, moderated the Battle. To kick off the event, Unicorn Events’ CEO Anna Fedorova introduced the sponsors and welcomed the judges to announce themselves.

The judges of the Battle included representatives of different VCs from different countries:

Of all the selected startups, the judges and other voters favored Expediente Azul (which, coincidentally, also pitched first) the most. The second place went to Dolo Finance, and Mark ID placed third. Let’s take a look at their convincing pitches. 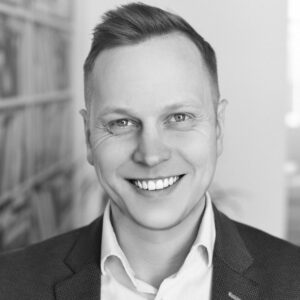 This is a Lithuanian KYC/AML startup that integrates a seemingly different niche – e-signatures. According to Mark ID’s CEO Marius Stonkus, in spite of the growing traction in this field both among businesses and among customers, three pain points persist:

According to Mr Stonkus, Mark ID addresses all three problems with a 3-in-1 solution. The platform (and the API) allows for Qualified e-signatures that are actually legally binding and recognized globally. To use the Qualified e-signature, the user identifies themselves with the signature and is able to use this identification in a broad range of other instances (all the way to unlocking an apartment door). For an additional layer of security, there are four more identification methods that users can add on top. 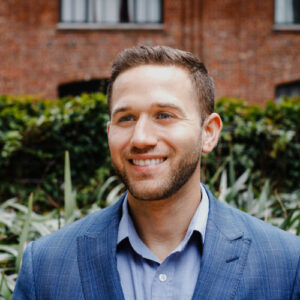 This American CeFi-DeFi protocol offers decentralized debt capital to fintech loan originators. In other words, Dolo Finance allows traditional loan organizations access to DeFi capital. The startup’s founder Jake Pimental launched Dolo Finance when he compared the setbacks of DeFi and TradFi lending: the former requires too much collateral whereas the latter makes it unnecessarily complicated to lend bigger amounts of capital. Both make it difficult to procure capital for those who actually need it – for example, early-stage founders.

Dolo Finance unites the best of both worlds. Essentially, it offers users to build their credit scores and thus become eligible for bigger loans – same as with traditional loan organizations. The difference is the significantly increased amounts and decreased timing. The startup’s ambition is to launch a wide range of loan services and its own token by the end of 2022.

This Mexican startup aims at seamless gathering of customer information – for example, when a customer wants a big loan. In such cases, this customer needs to collect piles of documents and fill out numerous blanks. The customer may make mistakes, and then they have to begin the application process anew. Still, all these documents are necessary to have the loan issued. 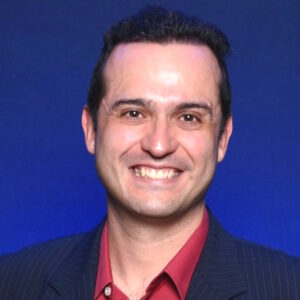 Roberto Ibarra started Expediente Azul as an online onboarding platform. Essentially, it is a dashboard showing the customer all the documents that they need for a particular application and their current status. The description of every document includes all the necessary requirements: terms, format, etc. Another dashboard shows the financial institution the progress of a particular application. Notably, there is an ML element telling the responsible employee how likely the company is to lose the customer.

The company already offers its services in several Latin American countries. The service allows to speed up the time to money threefold, decrease the abandonment rate two times, and increase the efficiency of a given loan officer five times.

Other fintech startups participating in the Battle included:

After the poll results were announced, Ms Fedorova reminded that every participating startup was a winner since they were selected from a huge number of applications and got the chance to pitch in front of global investors.

The full recording of the Fintech Battle is available here.